Ask people to name someone they find charming and the answers are often predictable. There’s James Bond, the fictional spy with a penchant for shaken martinis. Maybe they’ll mention Oprah Winfrey, Bill Clinton or a historical figure, like the Rev. Dr. Martin Luther King Jr. or Mahatma Gandhi. Now ask the same people to describe, in just a few seconds, what makes these charmers so likable.

It’s here, in defining what exactly charisma is, that most hit a wall. Instinctually, we know that we’re drawn to certain people more than others. Quantifying why we like them is an entirely different exercise.

The ancient Greeks described charisma as a “gift of grace,” an apt descriptor if you believe likability is a God-given trait that comes naturally to some but not others. The truth is that charisma is a learned behavior, a skill to be developed in much the same way that we learned to walk or practice vocabulary when studying a new language. Other desirable traits, like wealth or appearance, are undoubtedly linked to likability, but being born without either doesn’t preclude you from being charismatic.

For all the work put into quantifying charisma — and it’s been studied by experts through the ages, including Plato and those we talked to for this piece — there are still a lot of unknowns. There are, however, two undisputed truths

The first is that we are almost supernaturally drawn to some people, particularly those we like. Though this is not always the case; we can just as easily be drawn in by a charismatic villain.

The second truth is that we are terrible at putting a finger on what it is that makes these people so captivating. Beyond surface-level observations — a nice smile, or the ability to tell a good story — few of us can quantify, in an instant, what makes charismatic people so magnetic.

Perhaps it’s evolutionary. As a species, innate instinctual feelings lead to things we often describe as gut feelings. These feelings are actually a subconscious response to dozens, or possibly hundreds, of verbal and nonverbal cues that we unknowingly process in every interaction with others. It’s a necessary skill, one that allows all mammals to gauge the intention of others by taking continuous inventory of things like body language, speech pacing and subtle movements that may allude to a threat.

John Antonakis, a professor of organizational behavior at the University of Lausanne in Switzerland, notes that charisma, at its most basic, is merely information signaling. “Basically put, charisma is all about signaling information in a symbolic, emotional and value-based manner,” he said. “Thus, charisma signaling is all about using verbal — what you say — and nonverbal techniques.”

For comparison’s sake, what Dr. Antonakis described is essentially a simpler version of the fight-or-flight response. Instead of fighting or fleeing, however, we’re making constant micro-decisions about whether the person demanding our attention is deserving of it. 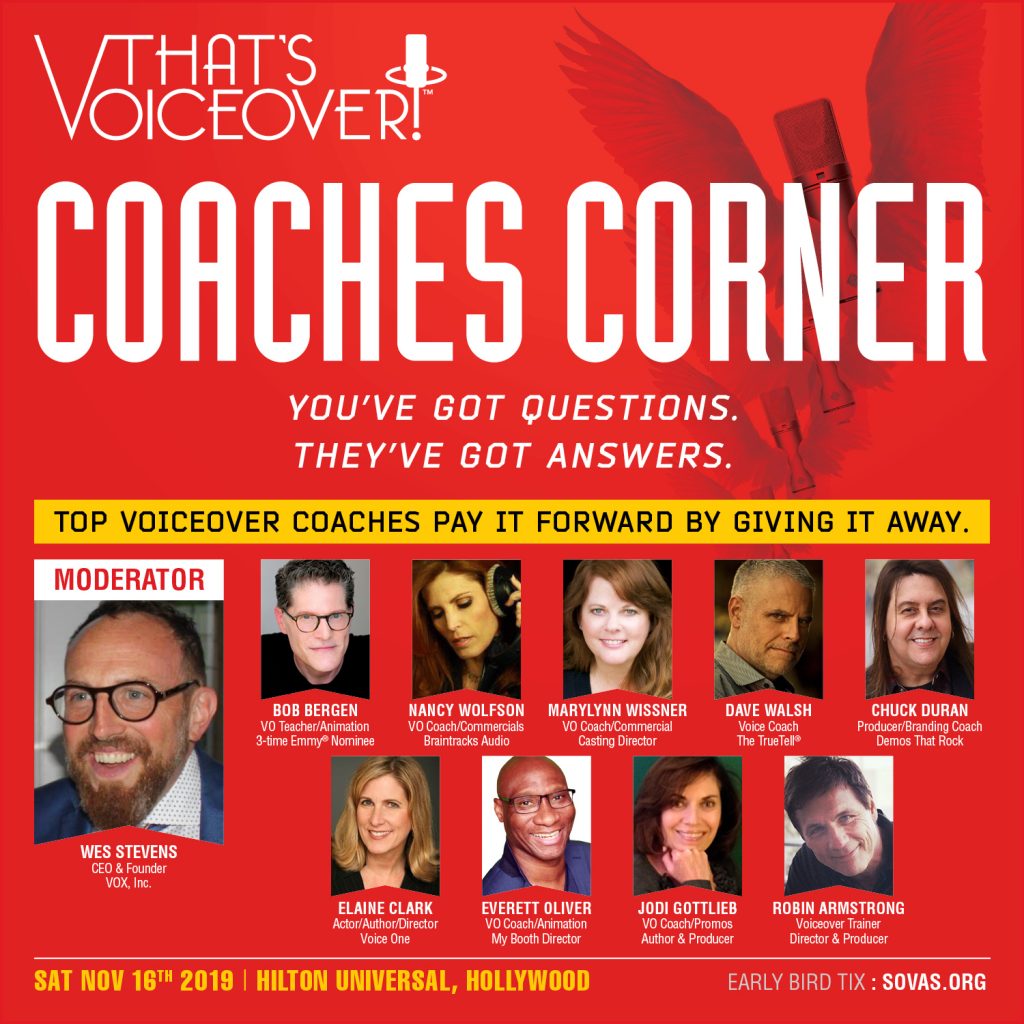 What Makes People Charismatic, and How You Can Be, Too Continued…

The three pillars of charisma, and how to practice each

Olivia Fox Cabane, a charisma coach and the author of the book “The Charisma Myth,” says we can boil charismatic behavior down to three pillars.

The first pillar, presence, involves residing in the moment. When you find your attention slipping while speaking to someone, refocus by centering yourself. Pay attention to the sounds in the environment, your breath and the subtle sensations in your body — the tingles that start in your toes and radiate throughout your frame.

Power, the second pillar, involves breaking down self-imposed barriers rather than achieving higher status. It’s about lifting the stigma that comes with the success you’ve already earned. Impostor syndrome, as it’s known, is the prevalent fear that you’re not worthy of the position you’re in. The higher up the ladder you climb, the more prevalent the feeling becomes.

The key to this pillar is to remove self-doubt, assuring yourself that you belong and that your skills and passions are valuable and interesting to others. It’s easier said than done.

The third pillar, warmth, is a little harder to fake. This one requires you to radiate a certain kind of vibe that signals kindness and acceptance. It’s the sort of feeling you might get from a close relative or a dear friend. It’s tricky, considering those who excel here are people who invoke this feeling in others, even when they’ve just met.

To master this pillar, Ms. Cabane suggests imagining a person you feel great warmth and affection for, and then focusing on what you enjoy most about your shared interactions. You can do this before interactions, or in shorter spurts while listening to someone else speak. This, she says, can change body chemistry in seconds, making even the most introverted among us exude the type of warmth linked to high-charisma people.

All of our experts agreed that charisma isn’t a one-size-fits-all descriptor; it’s more of a hierarchy. Some people exude charm through warmth and generosity, while others are likable in a sort of evolutionary sense — the alpha types who radiate confidence and success.

Going back to the three pillars, the most charismatic people you know on a personal level have generally achieved a high level of success in only one, or perhaps two, of these traits. A rare few, though, show a mastery of all three.

Dr. King, for example, displayed signs of mastery in each of these pillars, leading to the rare classification that Ms. Cabane calls “visionary charisma.”

If that’s the top of the hierarchy, the next three examples would reside somewhere in the middle.

Steve Jobs, the co-founder of Apple, exhibited mastery in power and achieved high marks for presence. However, according to his daughter Lisa Brennan-Jobs, in her 2018 memoir “Small Fry,” he lacked warmth. Tesla’s chief executive, Elon Musk, also arguably lacks warmth. He’s a classic introvert who makes up for his lack of people skills with mastery in presence and above-average levels of power.

Mr. Jobs, according to Ms. Cabane, is best classified as having “authority charisma,” while Mr. Musk has “focus charisma.”

Then there are those like Emilia Clarke, who starred on HBO’s “Game of Thrones.” Clarke’s exuberance earns her high marks in “kindness charisma,” a classification for those who excel at the warmth pillar, while maintaining a high presence but low power.

This is just scratching the surface, of course. But the important takeaway here is that charisma isn’t a singular thing. Instead, it’s often best to think of it in the same way you would consider intelligence. Earning high marks in math and science is a signal of intelligence, but so is mastery in art or music. Trying to compare one intelligent person to another just leads to more confusion. The same can be said for charisma.

If you’re looking for a good starting point to be more likable, Dr. Antonakis suggests storytelling.

The most charismatic people in a room, he says, are those who speak metaphorically, providing substance to a conversation through exemplary use of anecdotes and comparisons. They aren’t recounting events but paraphrasing action while using facial gestures, energetic body language and vocal inflections to frame key points. They’re experts at using moral conviction and reflections of group sentiment, as well as employing questions, even rhetorical ones, that keep people engaged. In short, they just tell a good story.

In fact, a theme emerged while speaking to experts on charisma, one that becomes instantly recognizable to anyone who has taken a public-speaking course or sat in on a Toastmasters meeting: The most charismatic people are often the most effective public speakers.

Charisma goes beyond being a refined and engaging speaker, however. Charismatic people are well liked not just because they can tell a good story, but also because of how they make others feel. Aside from being humorous and engaging, charismatic people are able to block out distractions, leaving those who interact with them feeling as if time had stopped and they were all that mattered. They make people feel better about themselves, which leads them to return for future interactions, or to extend existing ones, if only to savor such moments.

The quickest way to be more likable is to get out and practice being more likable. It starts at home, by removing your own self-doubt and focusing instead on being an active participant in conversations and interactions with others.

From there, it requires little more than saying yes to more social invitations, joining a public speaking class (or a local group like Toastmasters) and continuing to look for ways to show off your strengths while leveling up your weaknesses. Each interaction offers a chance to practice, to study and to employ new strategies.

Much like learning any other skill, sometimes it will go well and often it won’t, especially at first. But if you think of charisma as a skill tree, each practice session is merely a way to brush up on the many ways to climb it.

Bryan Clark is a journalist from San Diego who lives at the intersection between technology and culture. You can follow him on Twitter @bryanclark.