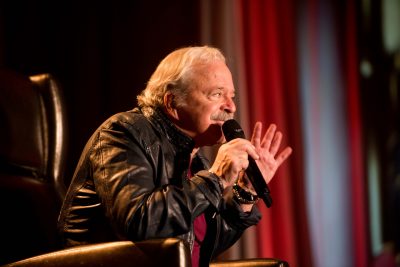 The life and wisdom of the legendary Jim Cummings was on full display as he accepted the inaugural Voice Arts® Legacy Award from the Society of Voice Arts and Sciences (SOVAS) on November 16, 2019 at the Hilton Universal Hotel in Los Angeles. The award was presented to him by his cherished friend, and 8-time Emmy Award winning voice director, Andrea Romano. Clearly, this duo has been very good for each other’s careers in the highly competitive world of voice acting for animation. Both are industry pioneers who have lifted the craft and prominence of animation to greater heights of popularity than ever been before. Further, many voice actors, now and into the future, will rely, if only through osmosis, on the groundbreaking talent that belongs to Jim Cummings. 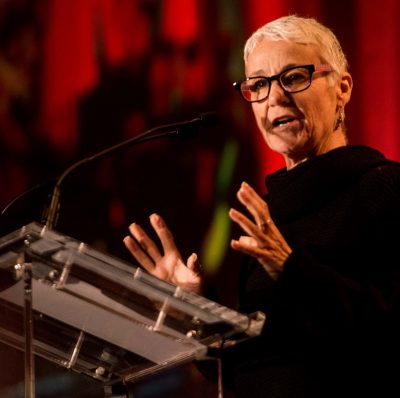 It was all part of the annual That’s Voiceover!™ Career Expo, the longest running voiceover conference in the world. On this occasion, an audience of over 600 enthusiastic attendees –voice actors, talent agents, casting directors, and content creators, sat in their seats, eyes transfixed and minds focused on the legend behind such renown characters as Winnie the Pooh, Tigger, Darkwing Duck, Tazmanian Devil, Yosemite Sam, and the California Raisins. Indeed, Jim has voiced some 1100 characters in his career and he’s continually in demand to do new ones. Honestly, it’s almost sacrilege to list so few, so here’s a link where you can review them all, not counting the ones he’s doing today: Jim Cummings Character List. It is notable that Jim is also an extraordinary singer/musician, which not only adds intricate layers of nuance to his creative gifts, but adds to the untold joy he has brought to children and adults the world over.

On this occasion, as Andrea Romano regaled an enraptured audience with lively anecdotes from her many years working with Jim, I had the pleasure of standing with him backstage, watching as he smiled, blushed, and chuckled. I got the sense that he was bouncing like Tigger on the inside. Then came the moment when Andrea cued Jim’s tribute video, produced by Susan Walker and myself, with Jim’s steady guidance. It’s a wonder we were able to find an ideal balance of characters, scenes and songs from among his 1100, but we succeeded in the task, and the audience witnessed a career that has been nothing short of astonishing. Andrea would comment to me privately, “I’ve never seen a better compilation and I’ve seen them all!” I couldn’t agree more. See for yourself!

And, just when you thought the audience couldn’t be more enthralled, Jim took the stage to a standing ovation. It wasn’t the polite kind of ovation audiences sometimes feel obliged to give out of respect. It was that rare moment when the audience is called to their feet by a higher inspiration that spills over with honor and gratitude, basking in a light that shined upon us all. 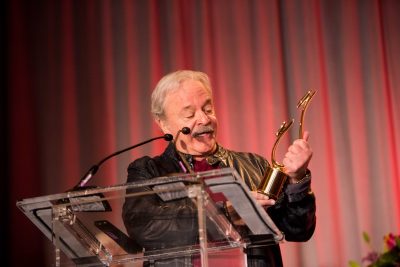 Jim, like himself, the consummate professional and genuine human being, expressed his gratitude with grace and humility. Then he quietly took a seat center stage to share his life and career, taking questions from the audience. It was history in the making. We were honoring Jim with the inaugural Voice Arts® Legacy Award and he was honoring the voice acting community by accepting it in their company. One thing I’ve come to understand is that such awards are imbued with the integrity of the person being honored. And so, on behalf of the Society of Voice Arts and Sciences, and the millions around the world who have been touched by Jim’s creativity, I extend Jim our deepest appreciation and heartfelt thanks, for allowing us to give birth to an honor that we trust will always point to the pursuit of excellence in art and in life. 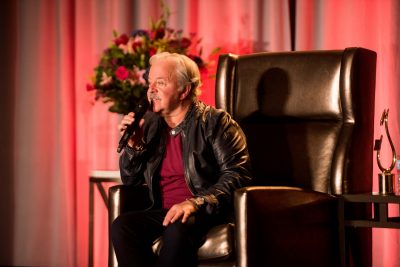 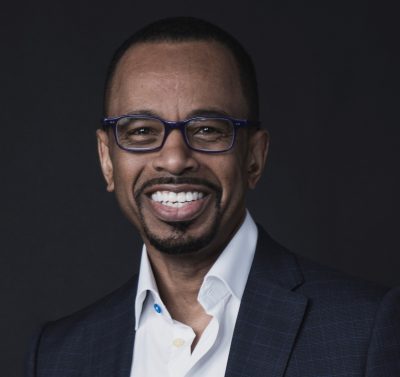 Rudy Gaskins is the Co-founder,  President & CEO of Society of Voice Arts and Sciences, voice acting coach and brand strategist. He is a Backstage Magazine columnist and Emmy® Award winning TV producer with long experience as a sound and music editor for features films, and a director of documentary films for PBS.  IMDBLinkedIn