THE POWER OF ACKNOWLEDGMENT OPENS HEARTS AND DOORS, AND TRANSFORMS LIVES

Winning a Voice Arts® Award is not about being better than others. It’s about being your best. It’s the voice actors who make the award – not the other way around. Enjoy their stories.
July 2, 2019 – Society of Voice Arts and Sciences 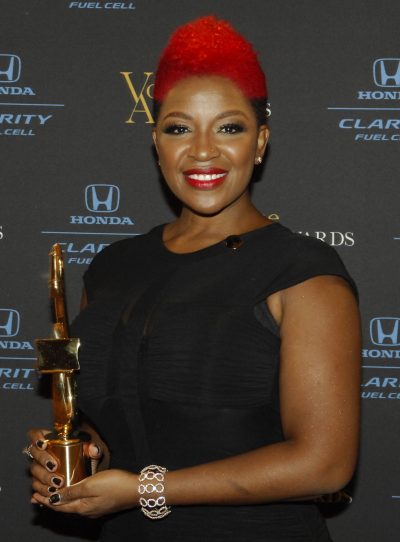 Toy Holmes, Voice Actor/Singer
Upon the initial shock of hearing my name announced, I felt a mini implosion— a mixture of stage fright, joy, exhilaration, pride and terror! It felt like a flash mob doing a happy dance in my head while a marching band paraded down my throat with a hoard of clowns setting off confetti bombs in my chest! It was quite surreal! I was giddy, overjoyed and quite relieved. After walking for what felt like an eternity (in stilt-high pumps, carefully shrink wrapped in a floor length gown) I finally arrived (still upright!) on the stage… managed to stumble through a long-winded declaration of gratitude from my heart… And just like that, it was all over!

I go back to that feeling often— Genuine joy. Accomplishment. Honored. It was the first time I’d ever taken a pause to truly acknowledge and celebrate the commitment, sacrifice and the energy I’d put into building my VO career…and the blessed bonus of being recognized and affirmed by my peers. I try to practice feeling like that first-time winner everyday. 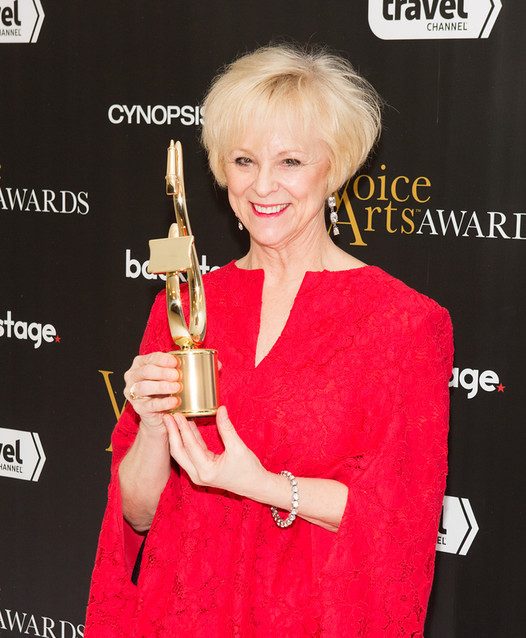 It was a profoundly moving, life-changing moment.  Unexpected emotion flooded my body. My mind raced. “How did I, a little girl who grew up in Port Angeles, Washington, raised by a single mom in the 50’s and ‘60’s end up here in NY, center stage being honored for work I held in the recesses of my heart for so many years?”  I felt an internal dam had been released within me.

The Award happened to come at a poignant moment in my personal life. I was in the midst of discerning and integrating the meaning of my mother’s recent death, which had been a deep-seated penetrating loss for me.  Reflection of past experiences revealed a moment when my voice was silenced in early childhood.

I suddenly realized I had been living a story parallel to the one I was telling in the film “Return of the River” – a documentation of the most successful double dam removal in the world.  My internal dam had been removed, new life was flowing back into my own, just like it was for the Elwha River.  After so many years, my voice had been fully restored. A divine reward, propelled by an incredible Voice Arts® Award. 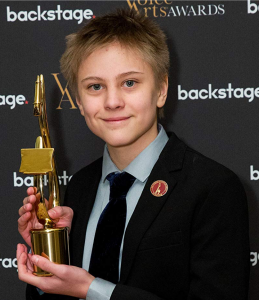 Imagine you’re swinging on a swing; nervous from the height but enjoying the gentle thrill.  Suddenly you’re jolted. That’s the feeling of excitement and fear I felt when hearing “Dogen Eyeler” announced, as I won my first SOVAS, Voice Arts® Award.

Being nominated for two categories, I had mixed feelings and thoughts running through my mind. Was there an error? Did they really mean to list me? Could they make the same mistake twice?  When are they going to realize they made a mistake?  On the other hand, if I really am nominated for two awards, I might win one.  They might decide to give one to a kid… kids are cute.

You could say, terror of public speaking and a total sense of disbelief, took over (hopefully unnoticed by others).  I, a 13-year-old, taking the stage, winning an award adults were nominated for. No fancy story to tell, just me and my thanks to the judges and those close to me, who helped me along the way.  Prior recipients spoke of amazing journeys to the stage. How does one live up to that? Then there was a hug. I wasn’t expecting a hug. 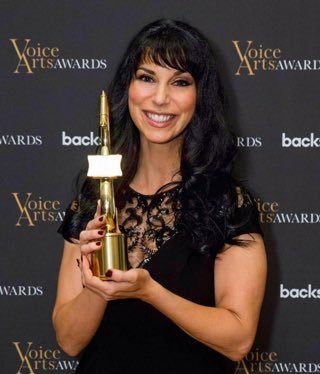 And the winner is …

I froze.  Millions of sentence fragments raced through my brain at once.

“Did they just say my name. I won? I have to walk up there. Is it really me?” My sister squeezed my arm whispering, “You won, you won!” I stood and felt myself shaking from head to toe.  My producer took my arm and led me to the stage.  As I climbed the stairs at The Society of Voice Arts Award Ceremony I felt elated, thrilled, honored and still in utter disbelief.

Looking back almost a year later from that night, I am still flying.  It was by far the most exciting experience of my Voice Over career.  At the time of the SOVAS I was a brand new Voice Artist with my first nomination.  A part time voice artist to be exact.  I still clung to my part time jobs to pay the bills and finance my voice arts education. 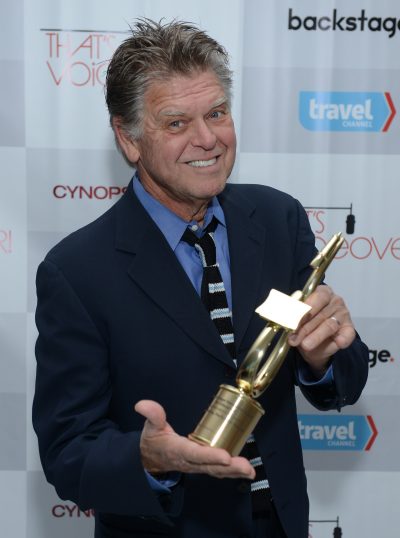 When I first heard I was to be awarded the SOVAS Vanguard Award for Excellence in Teaching, I was just flat-out thrilled.

Then I looked into what that meant. I found out that, “Vanguard,” comes from a military term for being on the forefront of a maneuver, usually in battle.

As I approached getting the award, I became aware that this was given to those who are on the vanguard of excellence for their work in voice over. I am grateful that anyone, specifically SOVAS, awards a person this honor, each year.

*The SOVAS Vanguard Award is officially named the Backstage Vanguard Award and is presented by SOVAS in partnership with Backstage Magazine. The legendary Pat Fraley is the inaugural recipient of this honor.

Daniela Sierra, Voice Actor
Even if winning was against all odds, I always imagined that receiving an award like this would put my nerves on edge. Hearing my name called out put me in survival mode, and the only thing I worried about was making it to the stage without falling. However, once I was up on stage, it was a completely sublime moment because it was an opportunity to talk about the things I am thankful for, the things that are important to me, that drive my career forward, and the people who have helped me along the way. It was amazing to see the audience there, as well as so many voice talents who work in English and Spanish that are the best in their fields.

It was one of the most magical nights of my life. 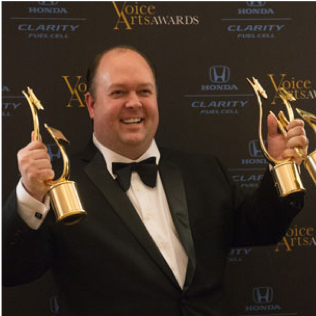 My first Voice Arts Award win was for Outstanding Political Commercial. It was a Trump parody spot released during the 2016 campaign by The Huffington Post, and the Voice Arts Awards took place just days after the election. In a moment of national division unprecedented in modern times, I felt compelled to offer words reminding everyone that the spirit of humanity and love will always overcome cruelty and hate.

I was grateful for the opportunity to speak what many had been thinking, and for the honor of being chosen by my colleagues as a Voice Art®s Awards winner. I was also pleased not to be immediately sent to Guantanamo after my speech. 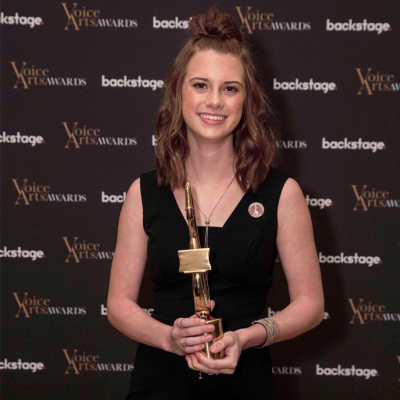 When I heard my name announced, I shook my head and thought I was hearing things… then I realized this is real! Truly it was so cool and such an honor, to represent my client, Universal Kids and my agency, VOX Inc. for Outstanding Promo Best Voiceover. To be able to bring home this win to them and my mom and dad, was so gratifying and humbling. “This gave me the confidence that I needed, especially as I continue to improve and grow in the voiceover industry. It was such an incredible moment to be recognized by the judges- my peers- and to be embraced by the SOVAS family and this amazing organization. THANK YOU!!! 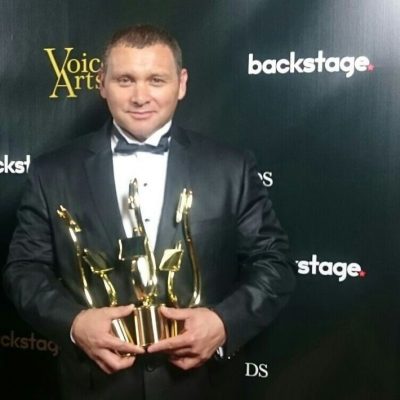 Fabián Toro, Voice Actor
When I won my first prize, I thought I had heard wrong. I was very nervous … Everyone wants to win, to be recognized in public for what the work they’ve done every day for many years in private. When I read my name on the screen, I started to feel a burning in my ears and chest, and I forgot everything I was going to say if I won.

I just wanted to jump on stage and embrace people – not only for all the struggle and work done as voice actors, but for shining a bright light on the things that add value to a career and a name. And when I started to return to my normal temperature, I heard my name for the second time! What am I going to say, I thought. It seemed as if there was lead in my shoes, but I made the trip to the stage for a second time. And just when I was adjusting my soul in my seat I heard my name for the third time! I could only hear my heartbeat.

As a voice over actor, I was being recognized. And as a person, I could only think of my wife, my children and my parents. I still cannot believe that I won 3 awards at my first gala.