The Challenges of Breaking Into Voice Acting 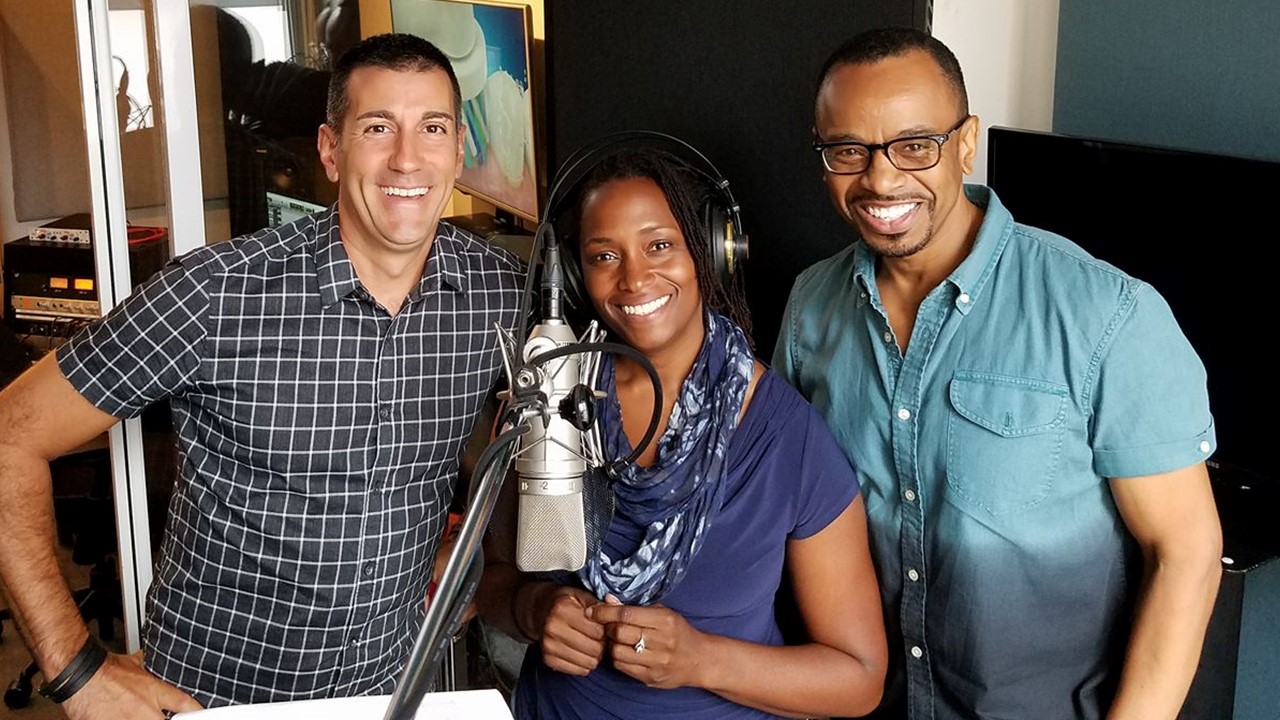 By Joan Baker and Rudy Gaskins
December 23, 2021 –  Society of Voice Arts and Sciences 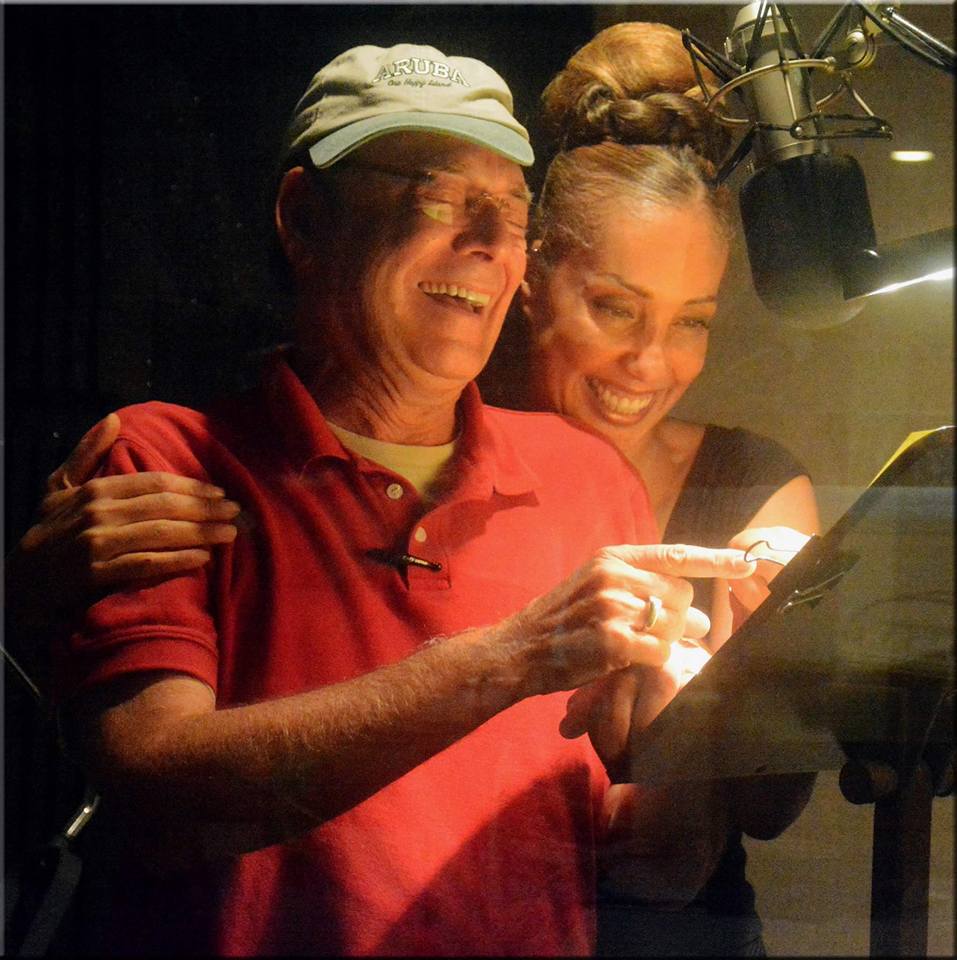 Voice Acting Is Not What You Think
It’s rare to meet a voiceover newbie who doesn’t believe that because they have a standout voice, that breaking into voice acting will be a simple, low-impact endeavor requiring minimal time, minimal training (if any), and little financial investment. This belief is far from the reality, and it often leads to skepticism as the newcomer is informed about the intricacies of training, auditioning, navigating the business, and continuing education. There’s a substantial investment of time and money, and there’s no guarantee that you will find success as you imagine it. Ultimately, the challenge becomes opening one’s self up to a whole new world of mastering your vocal instrument, tapping into your emotional vulnerability, and pursuing a level of excellence that sets you apart in an extraordinarily competitive industry.

Understanding the Universe of Voice Acting
From the voice actor’s perspective, as the center of the universe, you will come to understand the celestial bodies surrounding you. These bodies are made up of voiceover coaches, demo producers, talent agents, talent managers, casting directors, the SAG-AFTRA union, online casting sites, book publishers, various buyers, and a slew of categories in which the voice actor can be employed. For the first-timer, the challenge is patience and humility. The enthusiasm is admirable but it’s important not to rush in and become discouraged. Instead, harness that energy for the long-haul. Otherwise, you’re like someone standing at the bottom of Mount Everest, cupping their hands around their mouth, and screaming, “Can someone up there tell me where to get the sky lift to the top?” There is no sky lift. You will have to condition your body, learn to climb, learn the gear, learn the safety protocols, and survival practices. All that to say, don’t resist the tedium of doing your own research. There are a dozen worthwhile books on voice acting. For starters, we recommend Secrets of Voice-over Success by Joan Baker, The Power of Voice by Denise Woods, and There’s Money Where Your Mouth Is by Elaine Clark. These books will give you enough insight to understand the characteristics of the craft and the business, therefore allowing you to assess people and resources to help you on your path. 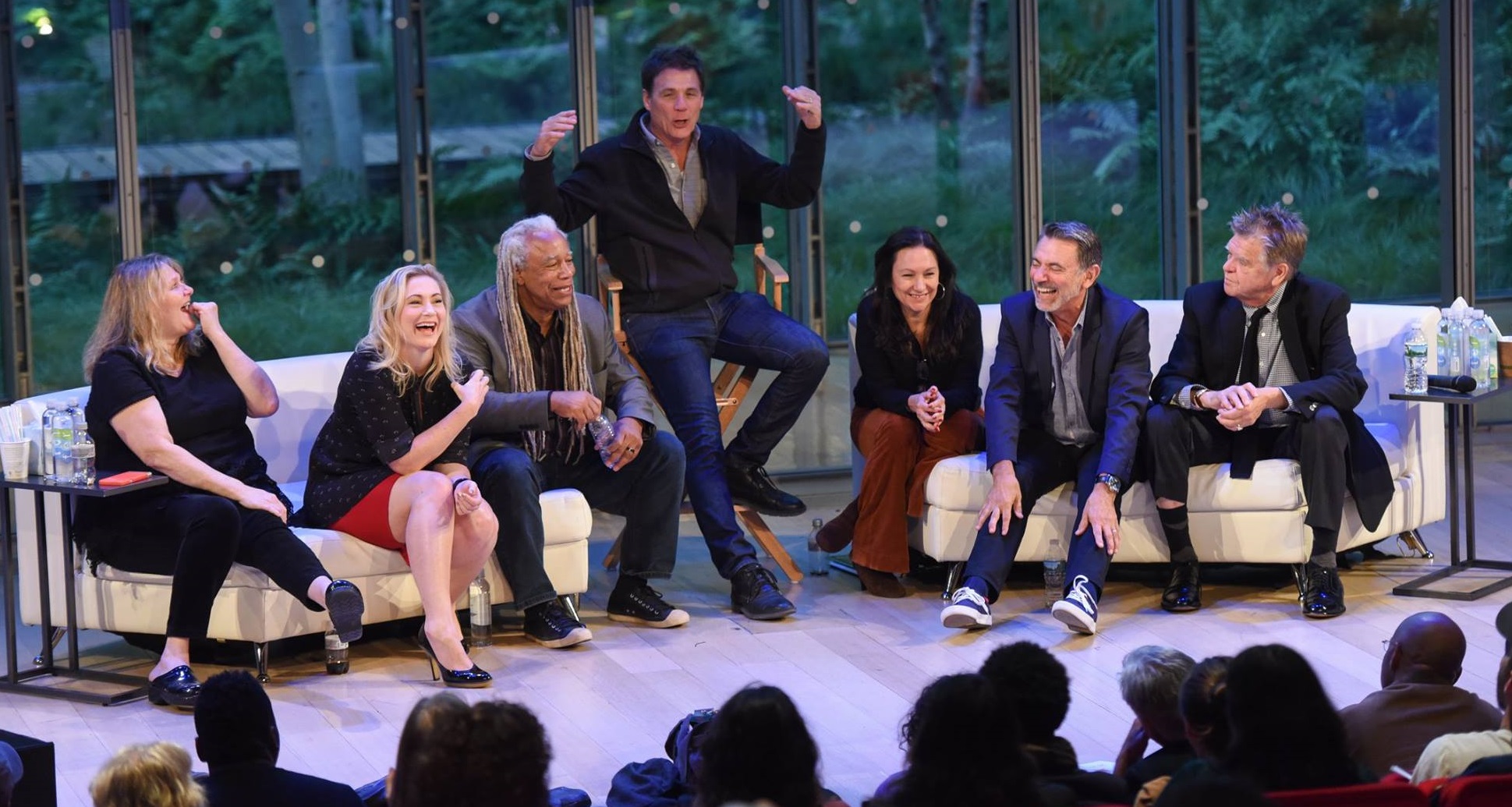 Hiring the Right VO Coach
Training is obviously the first step toward becoming a working voice actor, and there are many good coaches to guide you on your journey. There are also inferior coaches and crooks. Reading the recommended books is a good way to gain enough insight to ask good questions, and to assess when someone doesn’t appear to be legitimate. Google knows everybody who’s anybody and can be your friend when it comes to selecting a coach with a solid reputation. The first person you choose may or may not be the right long-term fit for you, but there’s no rule against trying others. You’ll probably learn good stuff from all of them, and then settle down with one for the long haul. Here are a few names you can start with: Patrick Fraley, Tom Pinto, Dave Fennoy, Robin Armstrong, Scott Parkin, Everett Oliver, Lori Alan, Dave Walsh, Tina Morasco, Joe Cipriano, and of course, Rudy Gaskins and Joan Baker. There are many more among this highly regarded group. In fact, a consultation with one of these coaches may eventually lead to a referral to someone they feel is better suited to your needs. After all, they too are invested in a good student/coach fit. Finally, while it is incumbent upon your teacher to give you their very best, it is incumbent upon you to be an extraordinary student.

I Want it Free. I Want It Now.
It’s an odd but true phenomenon in the voiceover industry that many newcomers believe the road to success is paved with free consultations and scavenging Facebook groups for arbitrary feedback.  This could be driven by a sense of entitlement, financial scarcity, desperation, or perhaps simple naiveté. It is most certainly not the path to a successful career. Honor yourself and the career you wish to pursue by recognizing that there is value in mastering the craft, and there are no shortcuts to mastery. Be mindful that the consultation (free or not) you receive from a reputable coach was possible because of many years of training, paying dues, hustling, and building a track record. Only then are they able to provide 30 minutes of sharing meaningful, practical knowledge to help you make an informed choice. It’s not the minutes you pay for. It’s the years. You want to do voice acting because you want to get paid well to do something you enjoy. That’s an honorable pursuit. It’s also honorable to pay those who will guide you on your path to success. By the way, honor shows up in your voice.

Learning to Act
It’s called voice “acting” for the obvious reason that acting is key to participating in the most rewarding opportunities for work. Yes, acting training comes with voiceover training, but your coach will also suggest traditional acting classes so that you can be fully immersed in all that acting is. The same is true for improv, speech, and movement. In your voiceover training, you will learn to access your emotional life, to suspend belief, to play, to listen deeply, and to tap deeply into your imagination. This can be the most challenging aspect of your training, but most people enjoy the process immensely while having many unexpected personal breakthroughs that can be life-changing.

The Power of Practice Is Undervalued
During your training, you will be given homework assignments: script analysis, vocal exercises, mock auditions, speech and diction exercises, rehearsal methods, and various acting exercises. All of this is meant to establish expertise, but it’s also meant to establish a continuing ritual of practice throughout your voiceover career. To practice is to do as opposed to theorize or teach. Practice is to perform an action. A musician practices regularly in order to improve their performance. If you don’t put in the practice you will be frustrated with your results and possibly become discouraged. Not only is the practice essential, but the way you practice (work ethic) is essential. Let diligence, consistency, and thoroughness be the hallmark of your work ethic. 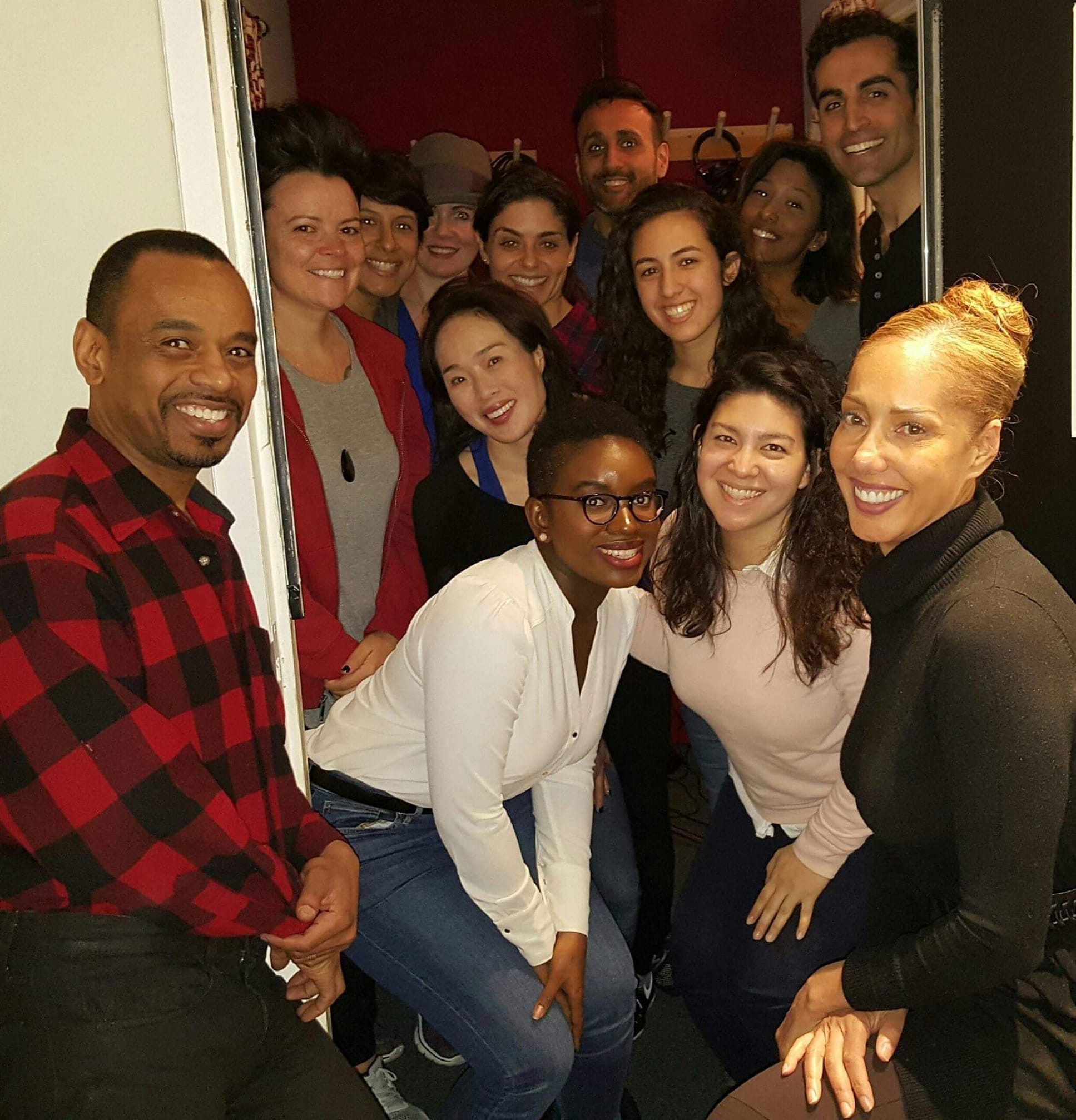 Authenticity
Begin your own personal investigation into your authentic voice – the one that resonates with who you are at any given moment. This is the layered, complex, psychological sonic signature that began with your first cry out of the womb. It’s not just the general sound of your voice. It’s the life of your voice. It’s how your voice dances with your changing moods and life circumstances – how your voice instantly morphs to address a child, a police officer, a boss, a lover, a threat. Coaching can assist, but this adventure is yours alone.

It’s Not About Reading Well
Just as a mellifluous voice is not the key to voiceover success, neither is being a good reader. Voice acting is not about reading. It’s about taking the words off the page and generating them newly, as your own – spoken in the moment, triggered by intent. In everyday life, we speak to people. We don’t read to them.

The Right Time to Jump In
Conflicting information, as well as misinformation, is rampant in the universe of voice acting. When you’re unfamiliar with the industry, it’s difficult to decipher fact from fiction, good info from bad, and what info applies directly to you. Through a bit of trial and error, and a good coach, you will gradually uncover a community of trustworthy people and resources. But you can’t stand on the sidelines waiting for things to fall into place. Have you ever watched a child contemplating getting into a swimming pool for the first time? Water is a total mystery to them. The same is true when you look upon the pool of information available about voice acting. But here’s the thing. You can’t learn to swim without getting into the water. Start by wading into the shallow end of the pool.  Explore the experience of water itself. Once you learn to swim, there are different strokes, the diving board, different dives, and so on. Just start.

Joan Baker is an award-winning voice actor, author of Secrets of Voice-over Success, and co-founder of Society of Voice Arts and Sciences, That’s Voiceover!™ Career Expo, and the Voice Arts® Awards. She’s also an acting and voiceover expert for Backstage Magazine. Joan coaches voice acting in her Manhattan office and via Skype. Connect with Joan at Joan@sovas.org  / Twitter: @joanthevoice / Instagram: @joanthevoice

Rudy Gaskins is the Co-founder,  Chairman & CEO of the Society of Voice Arts and Sciences, voice acting coach, and brand strategist. He’s an Emmy® Award-winning TV producer with long experience as a sound and music editor for feature films and a director of documentary films for PBS. Connect with Rudy at Rudy@sovas.org,  LinkedIn and IMDB