Audiobook narrator Simon Vance has told a thousand stories. This is his.

Transplanted to Southern California, the British actor reveals what it’s really like to read books out loud for a living

If you want to narrate audiobooks, Simon Vance has a tip for you:
Do your homework.

To illustrate, the award-winning audiobook narrator recalls recording a Tarzan novel in which he gave a warrior character a terrifying, guttural voice — and well, immediately regretted it. “After two chapters of that, I thought, Oh, my god,” said Vance, realizing that he hadn’t considered how talkative the character would turn out to be.

“Fortunately, he died another chapter later,” said Vance with a laugh. “That’s a good reason for doing the research.” 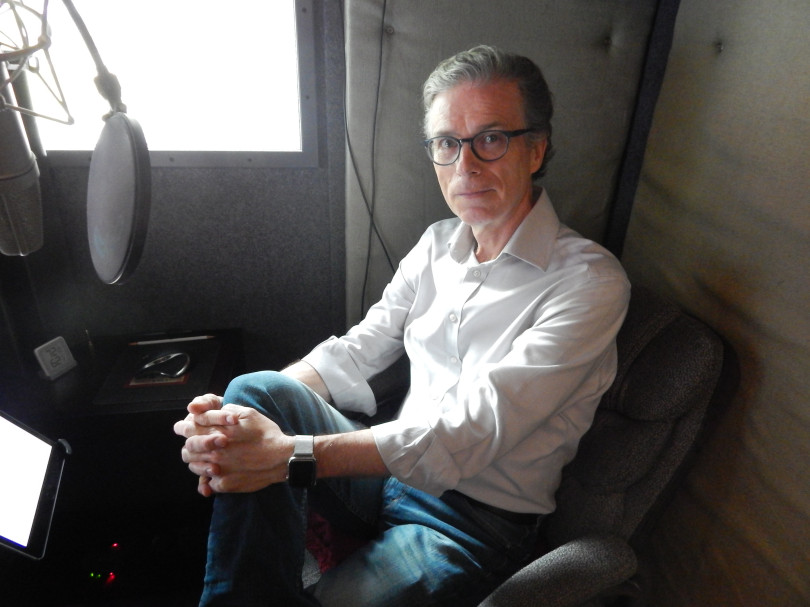 Born in Brighton, Vance sounds like the quintessential Englishman — he’s recorded books featuring British icons from James Bond and Sherlock Holmes to Winston Churchill and the Beatles — but has lived in California for decades. First in the Bay Area where his two grown sons from a previous marriage reside, and now in Southern California to be nearer to UC Irvine, where his wife Cynthia is on faculty in the drama department.

“I came over to the States in 1992, my plan was to take up acting full-time,” said Vance on a recent morning at home in Altadena where he has his recording studio. “I recorded my first book in the garage of a rented house in Walnut Creek and really never looked back.” 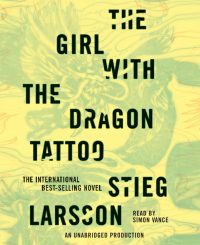 Simon Vance narrated “The Girl With the Dragon Tattoo” series. (Courtesy of the publisher)

Vance’s work has not gone unnoticed. He’s won 70 Earphone Awards and a lifetime achievement award, the Golden Voice, from AudioFile magazine, and the group will honor his work on its website June 27. He’s got 47 Audie nominations from the Audio Publishers Association; he’s won 16, the most of any male narrator. Oh, and he’s in Audible’s Narrator Hall of Fame, too.

“He’s just the consummate storyteller in everything he does,” said Robin Whitten, editor and founder of the audiobook publication AudioFile, citing Vance’s early training at the BBC as well as his skill at handling a range of genres. “He’s good across the board.”
Vance, who had been a newsreader at BBC’s Radio 4, said he got into audiobooks
for the simplest of reasons.

“I knew a friend who had done some reading for the blind — this was in the ‘80s — and I thought, this will be interesting because I love reading,” said Vance. “One afternoon a week for 8 or 9 years, I would go in and read books. I look on that as my apprenticeship.”Vance estimates he narrates 40-50 books a year — usually working alone in his home studio — and even fields a job offer in the middle of the interview.

But things weren’t always so busy. 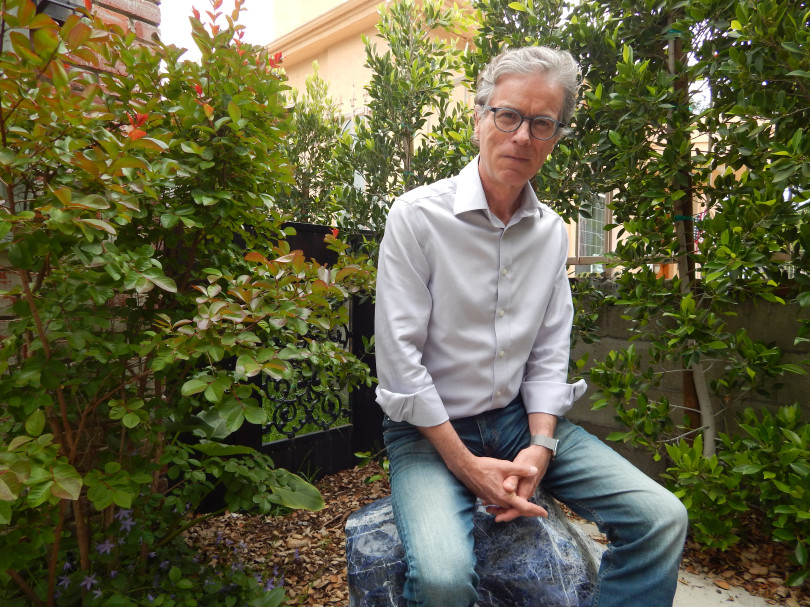 “The late ‘90s were not really a very good time. I was going through a divorce, bankruptcy and depression — I was having a downtime,” said Vance. “What turned it around was the introduction of the iPod and mp3s. The iPod made a huge difference because suddenly you didn’t have to deal with all of these cassettes that would get lost under the driver’s seat in the car or swapping different CDs.

“It just started getting busier and busier and I stopped doing theater in 2005 because I started winning awards.”

What the secret of all those awards? It’s more complicated than you might think.

“We don’t just read books. Acting is a crucial part of being a narrator,” said Vance.
“It’s a business. You have to be organized, focused, committed.”

If reading all day sounds good, Vance suggests taking a book, reading it aloud for an hour, take a 10-minute break, then do it again. Have lunch, do it again. Continue all that for a week, and then decide whether you want to be a narrator.

“It really is a marathon; you need stamina,” said Vance. 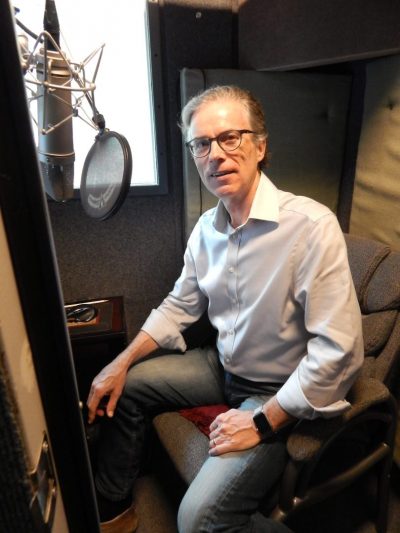 “I think the best narrators pace the reading to give the listener a chance to absorb what’s being said. Because if you say everything at the same pace and you don’t change your pace and just keep going forever and ever, eventually (makes a snoring sound). You’ve got to take a pause every so often. It can build tension, it can do any number of things — that’s the obvious one, if you use pauses correctly you can build tension — but it also really helps with comprehension.”

Research time varies by the project. Stories that he’s familiar with, such as the works of Dickens, will take less time than providing voices for a newly created series set in an alternate world.

“I do a lot of fantasy (novels). I usually have a conversation with the author. If I’m lucky, the author’s got a breakdown of their own about who the important people are and what’s going on. They know and I can say, ‘What goes on here?’ If you’re doing a series, it’s really important to know. If this is a minor character in this book, are they a major character in the third book?” said Vance. “If the author is dead, then you’ve got to do all the work yourself. Unless there are SparkNotes.”

Finally, Vance said he and others like him in the business are just trying to serve the author’s work.

“We’re storytellers, but because of technology, we’re able to be storytellers at one remove. In the old days, before we had printed pages, that was the only way — Beowulf and stuff — that’s how stories got told,” said Vance.

“If I can give the listener what the author had in their head, I think that’s job well done.”