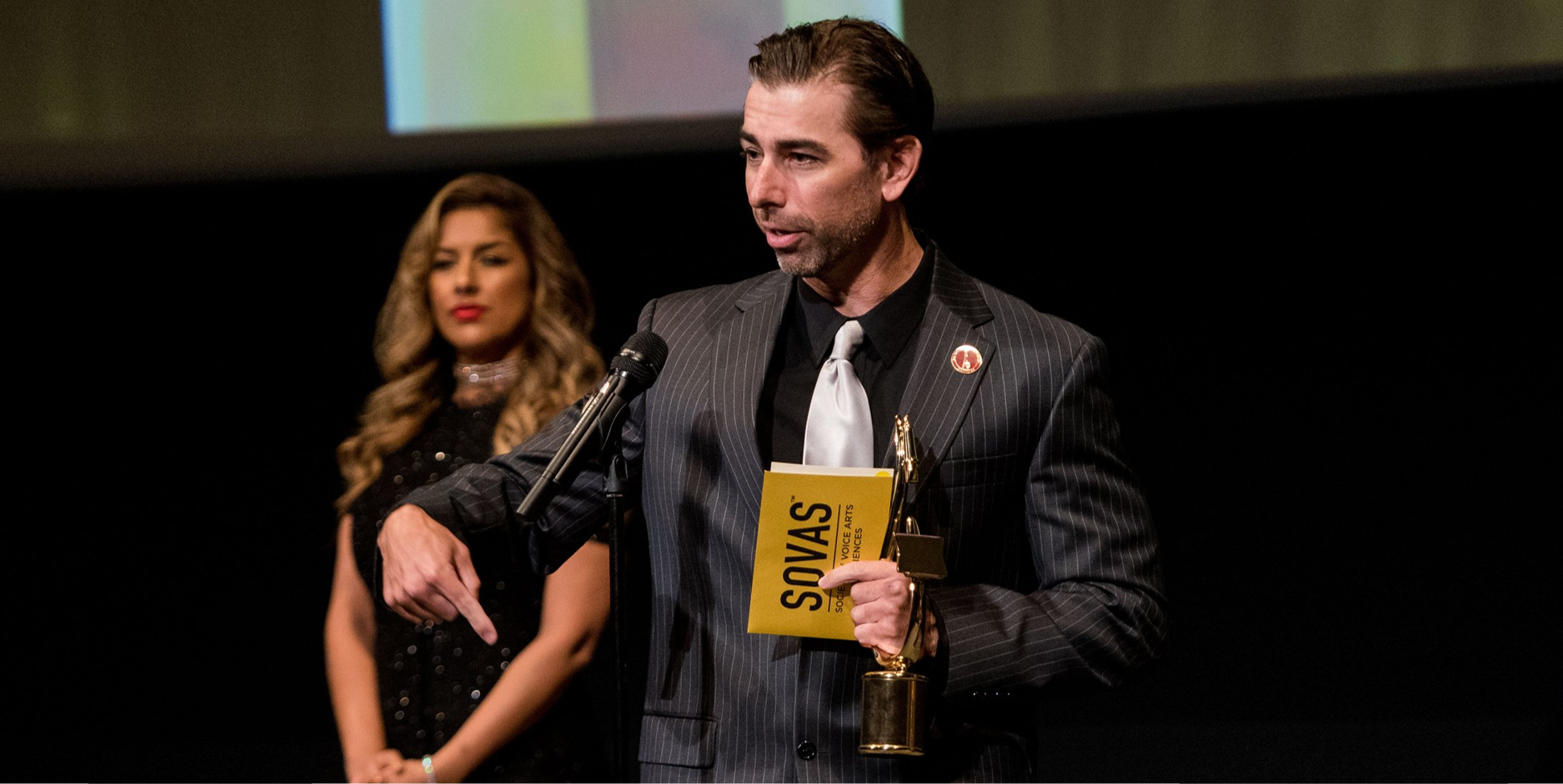 By Rudy Gaskins, Society of Voice Arts and Sciences
May 7, 2021

Pete Gustin is one of the most well-known, highly acclaimed, and widely heard voice actors in the world. He holds multiple Voice Arts® Awards and other accolades for his work. To look at his resume, one can only wonder how he finds the time to fit it all in, let alone write 3 novels, two of which he narrated himself. Pete is also an accomplished surfer, motivational speaker, and produces his own YouTube Channel with more than 12 thousand subscribers. Even with all this, some might say that the most inspiring aspect of Pete Gustin’s accomplishments is that he did it all while being legally blind.

Voice actors know how hard it can be to achieve an independent and successful career. They can also attest to the emotional highs and lows that can sometimes leave you less than enthusiastic about staying the course. Pete Gustin found a way, and he also enjoys finding ways to share his story for the benefit of others. In this feature documentary, you’ll get an inside perspective into Pete’s life showcasing a slow but steady loss of vision and an equally steady determination to never give up and never give in. This is real life and real inspiration, so sit back, hit play, and get ready to Find A Way with Pete Gustin.

He has appeared in 2 Super Bowl commercials, been on nearly every popular television network in America, and on hundreds of radio stations in the U.S. and around the world. Pete is the exclusive voice of Fox News.

Pete has also worked as a Creative Director for radio, a comedian and as a motivational speaker. Pete was born with a genetic eyesight disorder called Stargadt’s Disease which has robbed him of most of his eyesight. His motivational speaking tells the story of perseverance needed to achieve success in the competitive world of media and entertainment. As an author of fiction and fantasy, he’s putting a different voice and different stories out to the world.

THE VOICE ARTS AWARDS ARE OPEN FOR ENTRIES with categories for podcasts and voice acting for all genres. New this year are categories for Audio Description as well as Arabic and Portuguese. All ages are welcome. Just click the image below for more information and the entry portal. Good Luck!