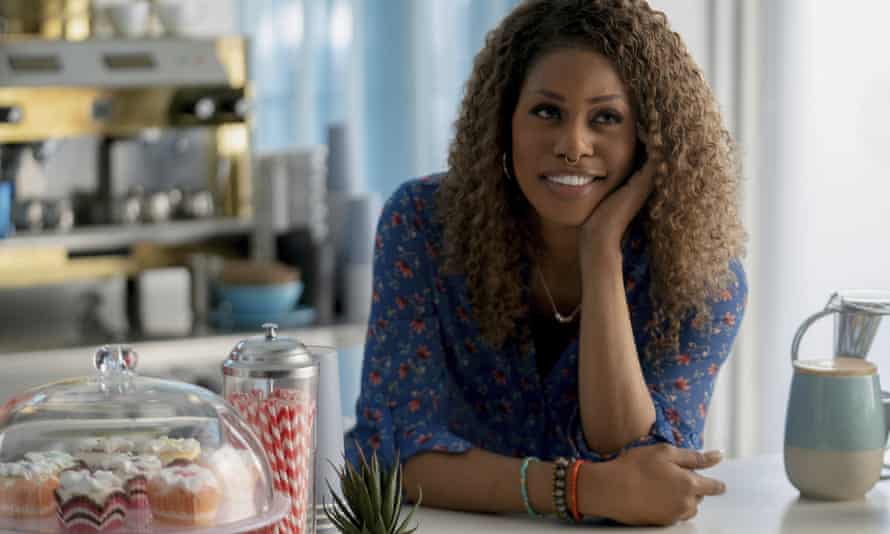 The Italian-language version of Emerald Fennell’s revenge thriller Promising Young Woman has come under fire for giving trans actor Laverne Cox a male voice. Scheduled to hit theatres across the country on 13 May, the release has been pushed back after a clip of Una Donna Promettente was posted by Universal Pictures Italy on 6 May. In the since-restricted video, Cox’s character, Gail, talks to protagonist Cassie, played by Carey Mulligan, in a distinctively masculine tone. The Orange Is the New Black star was given the deep tones of voice actor Roberto Pedicini. Italian viewers couldn’t believe their ears, immediately taking to social media to voice their outrage.

“I think this dubbing choice was a straight-up act of violence,” Italian trans actor and voice actor Vittoria Schisano tells the Guardian. “It’s insulting. I’d feel bullied if I were [Cox],” she added. Schisano dubbed Cox on Netflix documentary Amend: The Fight for America and was the Italian voice behind trans character Natalie on the latest season of Big Mouth. Her most recent project is Disney’s Raya and the Last Dragon, where she voices General Atitaya. Schisano says she doesn’t know any other trans voice actors in Italy and wasn’t even asked to read for Cox’s role in Promising Young Woman.

This isn’t the first time Italy’s dubbing industry has failed Cox and the trans community. In OITNB, her character, Sophia Burset, was voiced by male dubber Andrea Lavagnino, who also voiced her characters in The Mindy Project and short-lived drama Doubt. But Italy is far from being the only country misgendering Cox on the dubbing stage. In Spain and Germany, a cis man was cast to voice Cox in Promising Young Woman. Universal Pictures International, which is handling the distribution of Fennell’s movie in Europe, has listened and reassessed.

Let Your Voice Be Heard

A spokesperson for Universal Pictures International told the Guardian in a statement: “We are deeply grateful to Laverne and the transgender community for opening our eyes to a bias that neither we nor many in our industry had recognized. While there was no malicious intent behind this mistake, we are working diligently to fix it. We have begun redubbing Ms. Cox’s voice with female actors in our international territories and are pushing back release dates to ensure the correct version is available.”

“We are sorry for the pain caused but are thankful that we can address the situation on this film and prevent similar mistakes from happening again on future projects,” the statement added.

While the Italian distributor is looking to redub Cox’s voice in Promising Young Woman, a source familiar with the matter says that in Spain, where the movie opened in cinemas on April 16th, the home entertainment version will be redubbed by a female voice.

This small change prompts a bigger, more uncomfortable conversation around dubbing. A practice dating back to the early sound era, dubbing in Italy received a push under the fascist regime when the use of foreign languages in movies became prohibited in the 1930s. Nearly 90 years later, dubbing is still the norm in Italy as well as other countries in Europe, including Spain and France. Is it an old-fashioned system whose racist and transphobic limitations are now showing, or a longstanding European tradition of excellence in storytelling, striving to provide a more accurate representation?

It’s no secret that Italy’s dubbing elites are overwhelmingly white and cis. For Daniele Giuliani, the newly appointed president of Associazione Nazionale Attori Doppiatori (ANAD), this isn’t discriminatory. “We’ve never had black voice actors – not because we didn’t want them, but because there aren’t any who have specialized in voice acting,” Giuliani says.

Giuliani also explains that some studios have asked them to find “alternative solutions”, and resort to non-specialized dubbers, but this hasn’t always worked seamlessly. “A priori inclusion risks typecasting our actors and undermines the quality of our work,” he says. “When the result was artistically valid, we’ve gone with it.”

Giuliani’s goal is to train more voice actors, regardless of gender identity or race, but this might take years. Perhaps training screen actors such as Schisano could be one of the ways forward in the meantime.

“Dubbing is something completely different from what I’ve been doing my whole life,” Schisano says. But she’s adamant that dubbing is like “finding a dress that perfectly fits someone”, and this “has nothing to do with being cis or trans”.

As for Universal Pictures’ quick reaction to protests, Schisano says: “Changing one’s mind can be a smart approach. We can all make mistakes, but those who are smart apologize, take a step back and try to fix it.” ◊◊