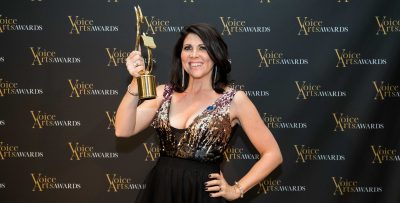 Julie-Ann Dean won a voice acting award for her work in video games at the The Society of Voice Arts And Sciences (SOVAS) Voice Arts® Awards ceremony.

She won Best Voiceover in a Virtual Reality Game at the ceremony held at the Warner Brothers Studio in Los Angeles.

Julie-Ann won the award for the voiceover acting she performed as the character called Arbitrix – a robotic bird guiding the player through the game – Table of Tales: Crooked Crown by Tin Man Games for PlayStation.

Julie-Ann said: “I keep thinking there must have been some sort of mistake. 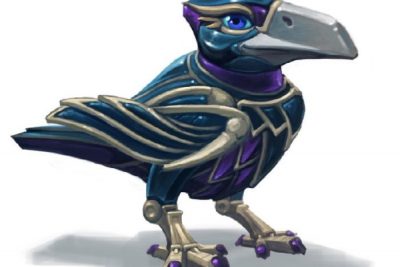 Image of the character played by Julie-Ann Dean called Arbitrix a robotic bird guiding the player through the game – Table of Tales: Crooked Crown by Tin Man Games (Artwork for Arbitrix by Joshua Wright)

“I’m chuffed to bits and was honoured (and gobsmacked) to be up there with some of the world’s best voiceover talent. I’m still digesting it to be honest.”

After the ceremony the game’s creative director Neil Rennison, took to social media said this on Twitter: “This is truly amazing!! Congratulations to Julie-Ann – the soul of Arbitrix. She wouldn’t have been the same awesome, mischievous mechanical bird without you!” 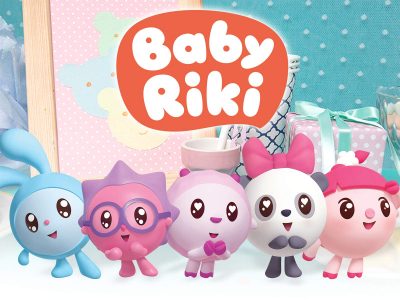 The win was one of two nominations she earned at the 2019 SOVAS Voice Arts® Awards. She was also a finalist for the Best Voice-over in a Promo award, which was for a promo trailer she did for a children’s show called Baby Riki.

It was the 13th time Julie-Ann had been named a finalist for a voice acting award in the last decade.

Julie-Ann also played Shirley Valentine in October at the Talisman Theatre in Kenilworth, which included a 41-page monologue and involved cooking real egg and chips on stage.

Julie-Ann booked her first gig 25 years ago, dubbing a lead role in a BBC children’s program called ‘The Little Vampire’.