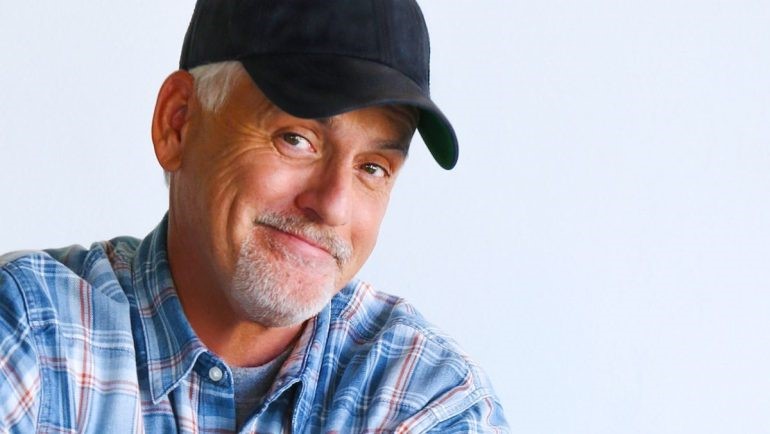 Rob Paulsen was the voice of your childhood, with his roles including not one but two Ninja Turtles.

Does the name Rob Paulsen sound familiar to you? Maybe not, but as a voice actor, he is responsible for voicing some of the most iconic and memorable characters that many of us had the joy of growing up with. Rob is the voice of Pinky from Pinky and the Brain, Yakko from Animaniacs, and Raphael and Donatello of the Teenage Mutant Ninja Turtles – these shows were brought to life because of Mr. Paulsen, and for that, we will forever be thankful.

Cultured Vultures had the very exciting opportunity to speak to Mr. Paulsen, and to say it was the greatest joy of my life, is an understatement. He’s kind, sweet, and above all, extremely optimistic. Despite having battled throat cancer, he remains extremely happy and thankful for the path his career has taken him. We talked a lot about his journey which he has chronicled in his upcoming book, Voice Lessons: How a Couple of Ninja Turtles, Pinky, and an Animaniac Saved My Life, releasing on October 8th.

His passion for the fans he’s gathered over the years is unlike anything I’ve seen, and it’s inspiration derived from them that gave him the confidence to write a memoir and explain how his diagnosis brought him closer to his work and fans around the world. His hope is that the book will help him reach fans, old and new, and remind them to love one another and to keep pushing, despite the challenges life inevitably presents.

Talking with Rob was a humbling experience and one that will be cherished for a long time to come. Despite the roadblocks of life, he continues to remain happy, thankful, and above all, humbled by the number of people affected by his work. He’s truly a gem! Read more of our conversation below to see where else our amazing conversation took us!

Your successful career and outstanding accomplishments speak for themselves. Was being a voice actor something you always aspired to be or was it something you stumbled upon?

No, and yes, sort of. I moved to LA many years ago to do live-action. I was a singer who became an actor and did a lot of stage work and had to moved to “do my gig”, so to speak. I was doing a lot of on-camera commercials, episodic television, and such. It wasn’t that I didn’t care about animation but it wasn’t nearly as big of a deal as it is now. It didn’t take me long to figure out that it was the best job for a non-celebrity actor because when you’re younger and when you’re older, pretty much your whole career, if you’re an actor by large, you are first and foremost judged by your looks. To start auditioning for cartoons where no one cared at all about how I looked was not lost by me. It was fantastic and I was working with actors I recognized and grew up with, and they were just doing cartoons.

One thing led to another and I started doing more and more. The first shows I did were G.I. Joe and Transformers, and then I started doing Disney afternoon, and Smurfs, and all that other stuff. It soon became clear that I had a knack for this and my ability to sing in character and create characters was very helpful. So, now I’ve come full-circle and people still don’t care what I look like. It’s such a mindblowing experience!

You’ve done both on-screen and off-screen work and eventually settled into voice acting. What did you enjoy about working on-screen and what do you miss about being in front of the camera rather than behind it, as it were?

I have to say that I just love to work. It can be exhausting but so is being a professional athlete, but it’s what you want to do and that’s what you signed up for. I’ve never had a circumstance I was unhappy about working, my tastes have changed, but that’s it. Commercials take a long time, especially food ones, they have to dress up the food, and all that. That can be exhausting but when you’re a kid there’s the excitement of working. I do think it would have been cool to be a regular on a sitcom, I love the whole familial aspect of that. On the other hand, I’ve done 2500 half hours of animation and I’m still working and you can make that argument there might be someplace in the world that says they might remember a particular sitcom or show. But, if you ask them about Ninja Turtles, they immediately recognize it and get excited.

You were diagnosed with throat cancer in 2016 and subsequently treated thereafter. How did you cope with that given that it affected your line of work? And how did you find the inspiration to get right back into it following treatment?

I was diagnosed when I was 60 years old, and I didn’t freak out in a way that I questioned why it was happening to me. I didn’t want it but no one wants it. Everything about the treatment was brutal and hard but I’m fine now and they told me that they could cure me. They weren’t sure about my ability to continue doing my job at the level I was before, but before they could cure me, they said they had to essentially kill me. The one thing I had that others don’t have when they go through this experience is the passion of the fans. As a result of shows like Ninja Turtles, I talked to so many fans, children and their parents, that were in the same boat as me, and many of these kids didn’t make it. I kept in touch with their parents over the years so when my turn came to be in the cancer cage, I had these remarkable examples of courage that is impossible to understand.

Then I also got a chance to meet folks that were in the military that would stand in line to meet me and I would start doing a character they love, and they would start to weep and tell me how much their Pinky and the Brain DVDs have meant to them when they were in Afghanistan for days, weeks, and months. Their way to decompress was the connection to these shows which gave them joy. I had all of these people who had really set me up to take a punch. Not once did I expect any sympathy – I didn’t need it, I didn’t tell anyone, not even my fans so as not to worry them. They’re so kind and passionate, and loving. But you can imagine the ability to draw on that kind of inspiration from people I’ve never met who give me the most overwhelmingly kind, sweet and intimate details of the deaths of their children and tell me how much some of the shows I’ve done meant to them.

Let’s talk about your memoir “Voice Lessons”! What inspired you to write this and how did it help you reorient yourself back into the world of voice acting?

I was supposed to do a book 2-3 years ago, and I accepted the compliment in the spirit it was given, the suggestion was that I had been through all this stuff. I have had a pretty innocuous albeit very happy life. I love my work and I love the people with whom I work and I love the effects all these characters had on children, especially the ones that I spoke of earlier that passed away from their illness and other people with PTSD and horrible anxiety. When I would think about writing a book I always thought about whether or not it was a book I would read, and the answer was always yawn, no. But when the cancer thing happened and I was in the middle of it, the number of times I would dig deep and think about the kids and their parents, there was nothing but positivity that came out. I then realized I had a book and had something where the outline and draw might be cartoons, but the message was deeper. I learned a lot, got many rejection letters, and by the 24th-25th time we got someone interested. That, in the context of my personal health issues and the voice lessons therein, I think makes for a pretty interesting book. So, now I hope that with my book I can convey and talk about how important it is to embrace one another with as much as humor and grace as we can. That’s all I really want to have come from this.

As a voice actor, what is your process from start to finish when given a role? How do you prepare and what particular nuances do you have to factor in and hone in on?

I think the sort of overarching aspect of being a voice talent as opposed to live-action is that the actor has to be completely and utterly un-selfconscious, so when someone says you’re a talking lab mouse and asks what ideas I have, I have to remember there are no limits to the things that I can come up with. Learn to play in the giant sandbox, I say! It’s not about anything else. Take input from writers, producers, and other actors. It turns out I’m impressed by many actors and continue to be, who did their art at a high level for a long time.

I draw from all sorts of inspiration as a result and then when I get together with the team, I get a drawing or 3D rendering and bounce a bunch of ideas off of them and come up with stuff. If everything works then you get something like a Pinky and the Brain! By the way, since you asked, I can neither confirm or deny if I’ll be a part of Steven Spielberg’s Hulu adaptation of Pinky and the Brain (laughs).

The key here is to remember that it’s all about play. Don’t be afraid to be a kid and believe that anything is possible.