Skip to content
Hosting A Voiceover Opportunity Of A Lifetime: That’s Voiceover!’ Speed Dating With Your DemoRudy Gaskins and Joan Baker2020-01-20T22:01:57-05:00

Hosting A Voiceover Opportunity of A Lifetime: Speed Dating With Your Demo at That’s Voiceover! Career Expo 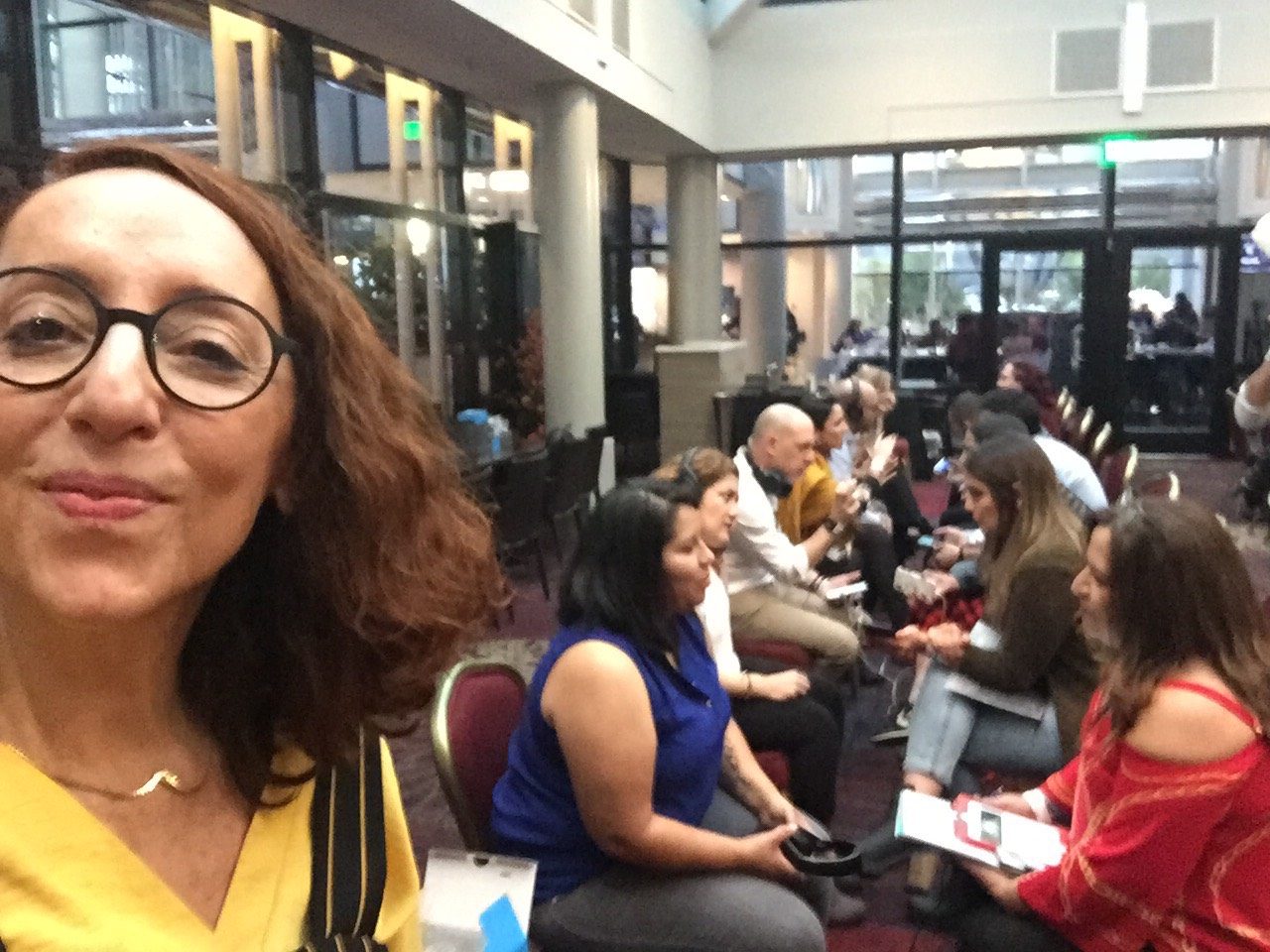 Three words come to mind when I think of the impact of Speed Dating at That’s Voiceover!™ Career Expo: Industry, Value, and Opportunity.

When I started my career as a VO fifteen years ago, I did it by expanding outside of my geographical comfort zone. At the time, there was no market in Spain to work online independently. So I had to learn to walk the international path: I discovered who my colleagues were beyond my borders, how they worked, what equipment were they using, and what their marketing was like. Also, I identified those who could be my potential clients. And all this in a language other than my native tongue, with a jargon that was even more foreign to my ears.

To have the opportunity, fifteen years later, to help so specifically and fundamentally my Latino and Spanish colleagues has been a privilege for me and the fulfillment of a certain duty: the need to continue helping to open the way for everyone and especially those who come behind. The changes are constant, the needs are different, and you always have to surround yourself with the best people in your field.

With that goal, I worked with the Society of Voice Arts and Sciences to identify and bring in top agents, producers and casting professionals to create the first Speed Dating Con Tu Demo en Español. And they came willingly. Their generosity and dedication to the work undoubtedly reflects their professional and human quality. My appreciation goes out to each and every one of them, and especially to those who crossed the pond from Spain to share their wisdom and experience.

The results, from both sides of the table, were enriching.

As the host of the event, I was able to be a fly on the wall and the engagement took place. I will refer to one side of the table as the “talent” and the other side as the “buyers.” Bringing value is always rewarding. The buyers celebrated the possibility of contributing their knowledge and advice, valuing the enthusiasm, positivity, humility and courage of the talent – understanding their vulnerability in the face of constructive criticism in an environment as diverse and unique as Speed Dating.

For the talent, this diversity allowed them to contrast the different opinions and be able to determine commonalities, industry standards, and basic attributes of a successful demo: a guide to acquiring an exceptional professional demo – one that will make it possible for you to aim for the best jobs and opportunities.

From both sides of the table, I felt the joy of being together sharing with colleagues, the love and respect for our profession, the desire to contribute and the desire to learn., and to be better individually and as a community.

Yes, Speed Dating is by definition a very limited encounter, in which time is essential. The objective of SOVAS Speed Dating is not, in any case, to guarantee any future professional relationship, but to open the door for possibility and learning. But don’t forget that, as an artist, it is a unique opportunity for you to show your work and make an impression. You will demonstrate your ability to listen and appreciate criticism. The buyers will get an impression of you. Make it a good one!

If you should be lucky enough to join in Speed Dating in the futures, prepare yourself by learning what you can about each of the buyers. Study who they are, where they work, what´s the genre or genres they master. Approach each conversation with the right angle, just as you would in any other situation. Below is an example of how one UK-based talent, Katie Flamman, prepared ahead of time, by creating a custom notebook to capture notes from each of the buyers she was to meet. Katie participated in the English language Speed Dating event taking place on the same day.

Customized notebook in preparation for a Speed Dating opportunity of a lifetime.

The exceptional researcher and storyteller Brené Brown often recalls that one of the quotes that have most influenced her career and personal life is the one commonly known as “The Man in the Arena,” by Theodore Roosevelt:

“It is not the critic who counts; not the man who points out how the strong man stumbles, or where the doer of deeds could have done them better. The credit belongs to the man who is actually in the arena, whose face is marred by dust and sweat and blood; who strives valiantly; who errs, who comes short again and again, because there is no effort without error and shortcoming; but who does actually strive to do the deeds; who knows great enthusiasms, the great devotions; who spends himself in a worthy cause; who at the best knows in the end the triumph of high achievement, and who at the worst, if he fails, at least fails while daring greatly, so that his place shall never be with those cold and timid souls who neither know victory nor defeat.” 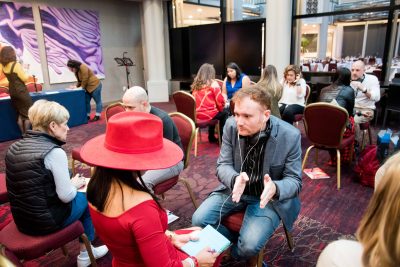 It’s the top pros, the people in the arena, who give you the best advice about your craft. The opportunity to meet them face to face in the same space and time is a luxury available to very few. Its basic and fundamental criteria are those of the industry, the one you want to work in.

Personally, I think that an excellent way to pave the way, overcome falls and low moments, and focus on one’s own work instead of on someone else’s, is with a concrete and doable objective: to have the best possible demo. The confidence it provides is invaluable. And it is confidence, along with preparation and work, that will take you far. 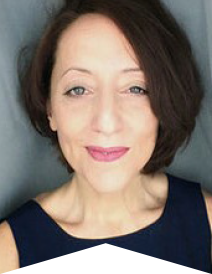 Vicky Tessio is an international, Spanish speaking voice actor, based in the UK. She is the Founder and Director of VivaVoice.UK, an audio production company based in London and focused on Spanish Culture and Literature. She is a Voice Arts® Award winner and 2-time Voice Arts® Award nominee. To learn more about Vicky or to hire her remarkable talent, go to VickyTessio.com