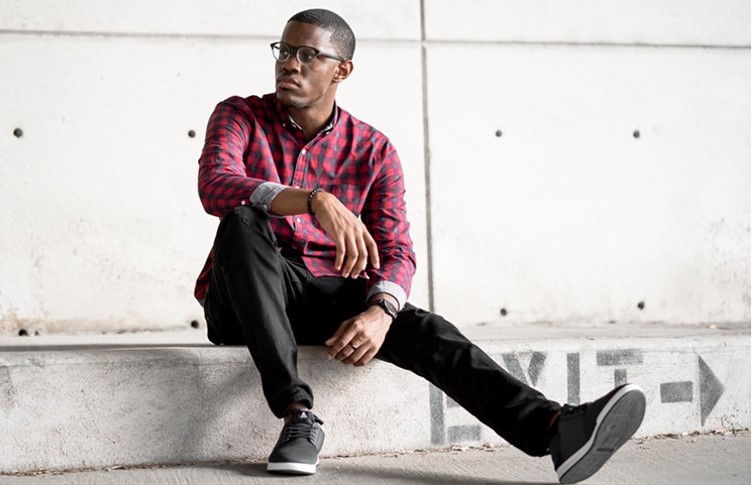 Gabe Kunda hopes that his success as a voiceover actor inspires other children of immigrants.

By Brittany Nunn  | dallasobserver.com | Reprinted by SOVAS with additional photos

Like most ’90s kids, Gabe Kunda watched too much TV growing up, but in his case it paid off.

Kunda is a full-time voiceover actor, which is a gig he’s been obsessively pursuing since his sophomore year of high school. Now he’s working hard to inspire others to pursue their dreams.

Kunda was born and raised in North Texas. He lives in Mansfield where he and his wife just bought their first house, but his parents immigrated to Texas from the Democratic Republic of the Congo in 1989. 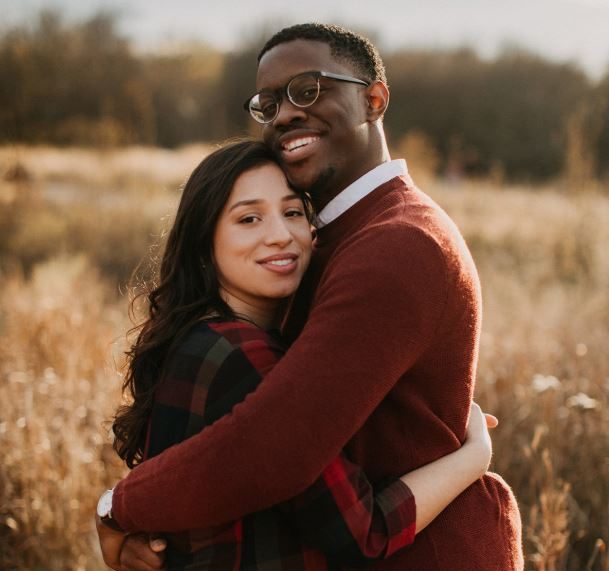 Gabe with his wife, Karina Kunda

“So my culture background is from the Congo, speaking Lingala and French,” Kunda says. He grew up speaking French at home until his parents learned English alongside him, as he was learning English in school.

It was at Mansfield High School where Kunda learned about his knack for doing voices. While bored by the mundane way the other students read aloud in class, one day Kunda decided to ham it up when he was called upon to read.

“I guess I’m a little bit of a class clown,” he admits, “but the other kids were reading with no emotion, so I was like, ‘OK, we’ve got to put some life into this.’ I started reading it how I thought it should be in my mind: super deep — well, as deep as I could at that age.”

To his surprise, his classmates didn’t react by erupting in laughter.

“The kids started actually paying attention,” he recalls, “and the teacher was like, ‘Oh, you have a nice voice.’ They started picking me to read a lot in class.”

At the end of the school year, Kunda’s teacher suggested that he audition to do announcements for the school, which he did, and landed the job.

Kunda took his new position very seriously, putting time and effort into researching tricks of the trade. In his search he stumbled across a video on YouTube called “Million Dollar Voices” that he says changed his life.

“It’s a group of voice actors who have been in the game for many years,” he says. “I watched that video over and over. I was like, ‘This voiceover stuff, what is this?’ I knew that’s what I wanted to do with the rest of my life. I could see myself using my voice as a career.”

“A lot of times in our culture it’s like … you need to be a doctor or a lawyer or a nurse. They don’t even think about other more creative avenues.” — Gabe Kunda

Kunda enrolled in radio broadcasting through school. “I didn’t want to be a radio personality, but it was a great way for me to get the basics down,” he says.

That experience led him to the SkillsUSA contest for radio broadcasting, but Kunda didn’t just participate. He went all the way. “I was one of the first African Americans in my district to win at the national level,” he says. “They wanted to pay for my schooling.” 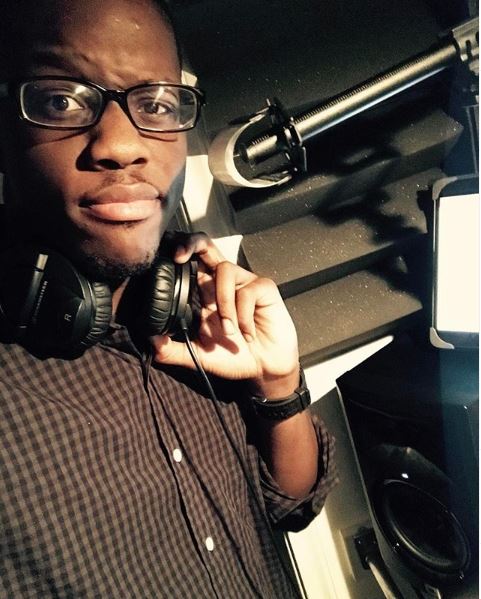 Gabe in the booth, putting in the work.

At the same time Kunda was discovering voiceover work, he was also pursuing his passion for music. “Music was my first love,” he says, adding that he ended up going to Dallas Baptist University for music education. “I was going to teach choral music at the high school level.”

But although he did graduate with a degree in music education, Kunda’s voiceover career took off during his senior year, and he abandoned his plans to teach music.

Kunda is still relatively new in his career, but already he has a respectable list of voiceover experience under his belt, most notably he was the narrator in Disney’s DuckTales: The Duck Knight Returns — a personal favorite, he says — and the voices of Rubalt and Zirloin on DragonBall Super. He was also the voice of Fisher Tiger on One Piece, a series of which he’d been a longtime fan. “That was a dream,” he says.

“It’s insane. I didn’t expect it to happen this soon,” Kunda says of his success, which he partially attributes to his association with Funimation, a production company based in Flower Mound. “The moment you get into Funimation, you get rotated around,” he says.

“But it didn’t come easy. I would sit there for hours and hours, reading copy through a microphone to see what my voice sounds like. I’d bug my brothers because I would ask them to listen to me and tell me if I sounded like one guy or another. And I would do that over and over again.”

Aside from the amount of work Kunda put into getting his foot in the door, he also works a demanding job schedule, which requires him to be constantly available. “The turnaround has to be fast, especially if you’re doing promo work,” he says. “I’ll get a call from my agent saying, ‘Hey they need you in like five minutes.’”

Kunda has recording equipment at his house, which allows him to be available anytime, and when he’s going to be away from home for long periods, he often takes recording equipment with him. He works with companies in Los Angeles and New York, which requires him to get up early and usually work late hours, but to him it’s all worth it.

“For me it’s about being good at what I do,” he says. Kunda says he also enjoys the variety. “It’s always something different every day.” 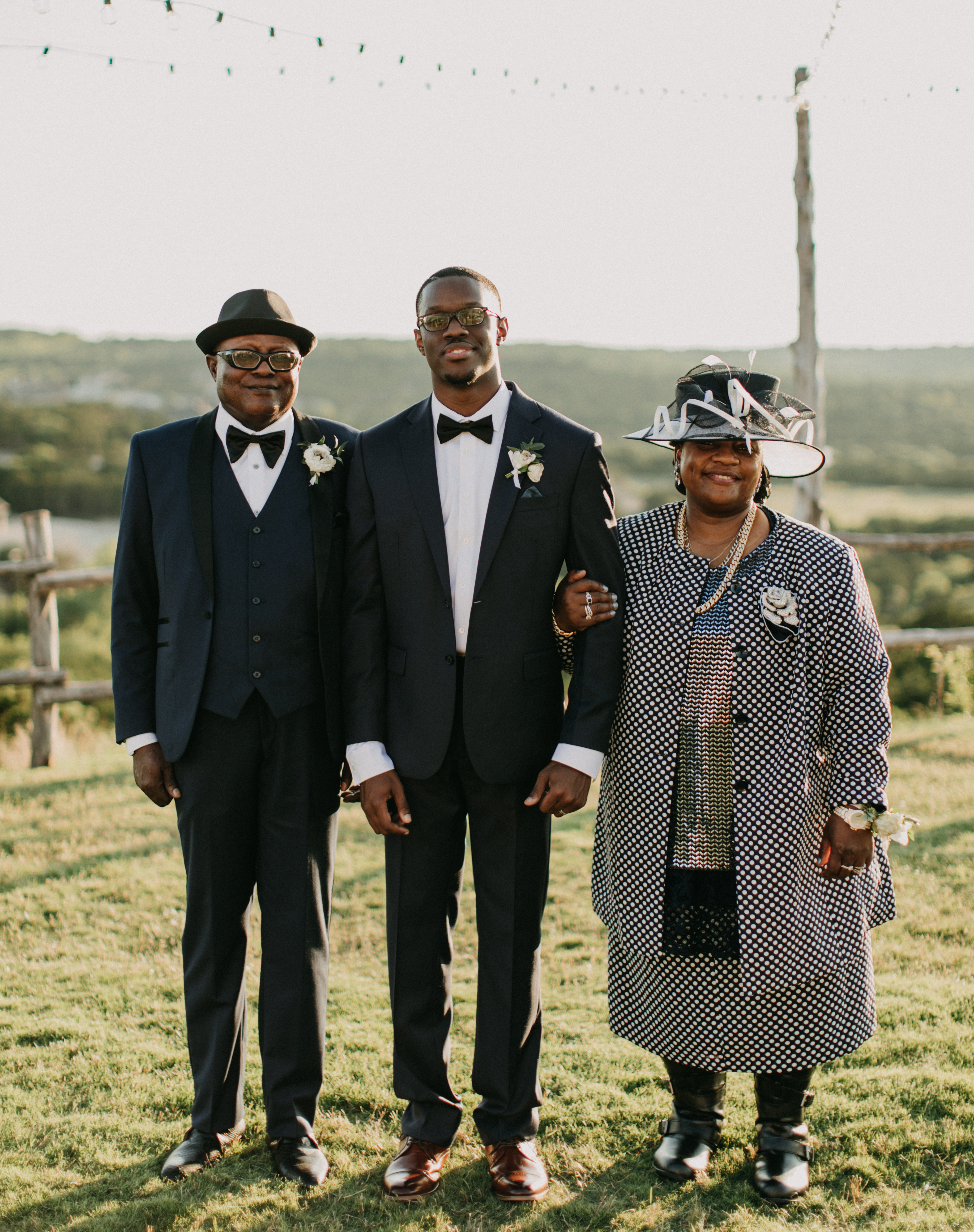 Gabe is joined by his Father, JD Kunda and mom, Nicole Kunda.

His position also allows him to inspire others. “Especially in the African American community,” Kunda points out. “There aren’t a lot of African Americans in voiceover, so I get a lot of messages from people saying, ‘I never knew this was an area I could work in.’”

It was a bit of a risk for him to go the nontraditional route in pursuing his passion.

“A lot of times in our culture it’s like … you need to be a doctor or a lawyer or a nurse. They don’t even think about other more creative avenues,” Kunda says.

“Within the Congolese community — which there’s a big one here in Dallas, I think one of the biggest in the country — I always get requests to speak to kids and show them that there are other things that they can do,” Kunda continues. “I’ve met a lot of Congolese kids who are great actors or great voiceists, and they didn’t know that was an opportunity even available to them or that someone else who looks like them is working in this field.

“That’s my way of giving back to my little Congolese brothers and sisters, by saying, ‘Hey, you can do this, and if you want to be on-screen, you can do that as well, as long as you have the drive for it.’”

Kunda’s main message, he says, is: “Don’t just have a dream. Work for your dream.”