You Know Frida Kahlo’s Face. Now You Can (Probably) Hear Her Voice.

The National Sound Library of Mexico has released a track that it believes is the only known surviving audio recording of the artist.

By Alex Marshall and Mark A. Walsh  The New York Times, June 13, 2019 (With photo additions by SOVAS) 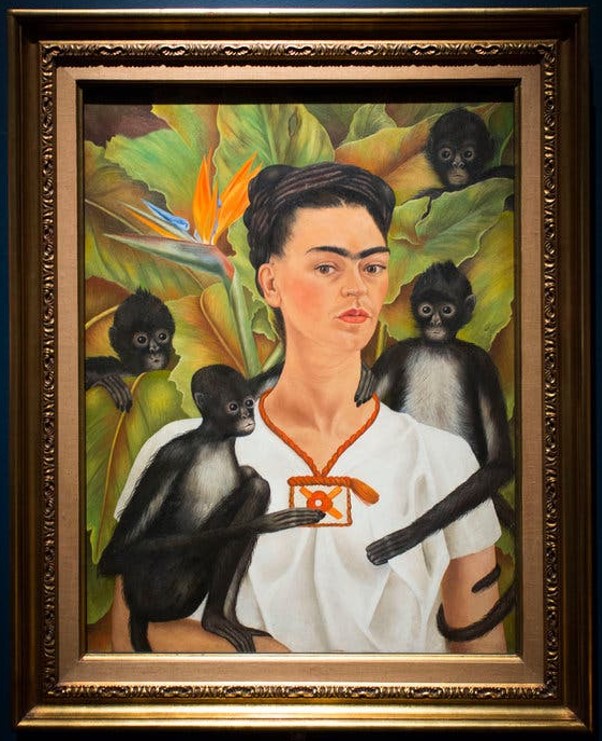 The face of the Mexican artist Frida Kahlo is well known, thanks to paintings like “Self Portrait With Monkeys” (1943).

Frida Kahlo is one of the 20th century’s most celebrated artists. Her paintings, particularly her many self-portraits, are instantly recognizable, and her image has been emblazoned on products as diverse as coasters, cosmetics, T-shirts, tote bags and tequila. She has even been made into a Barbie doll. 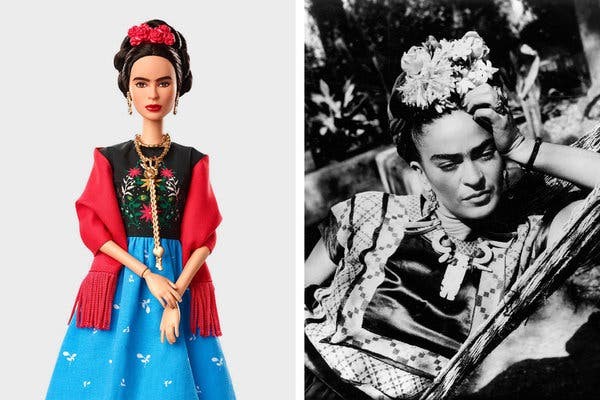 But one side of Kahlo has long been inaccessible: her voice. Previously, written descriptions were the only insight into how she spoke. Gisèle Freund, a French photographer and friend of Kahlo, once wrote that the painter sounded,

But now, a recording believed to be of the artist has been released by the National Sound Library of Mexico, and inserted below:

In the recording, a woman’s voice describes Diego Rivera, Kahlo’s husband and fellow artist. “He is a huge, immense child, with a friendly face and a sad gaze,” the woman says. “His high, dark, extremely intelligent and big eyes rarely hold still. They almost pop out of their sockets because of their swollen and protuberant eyelids — like a toad’s.” Rivera’s eyes seem made for an artist, the woman adds, “built especially for a painter of spaces and crowds.”

Admiration for Rivera is clear in the recording, which is said to be originally a text from an exhibition catalog. Rivera is said to have an “ironic, sweet smile,” “meaty lips” and “small, marvelous hands.” The voice concludes by calling Rivera’s unusual body shape, with its “childish, narrow, rounded shoulders,” as being like “an inscrutable monster.”

The recording is from a pilot edition of “The Bachelor,” a 1950s radio show in Mexico, recorded for Televisa Radio, the National Sound Library said in a statement on Wednesday. In 2007, thousands of tapes from Televisa Radio’s archive were given to the library to be digitized and stored.

The recording is thought to be of Kahlo partly because the voice is introduced as the female painter “who no longer exists.” The National Sound Library said is researchers believed that the recording was made in 1953 or ’54, shortly before Kahlo died. The program was then completed, probably in 1955, after her death.

Alejandra Frausto, the Mexican culture secretary, said in a news conference that researchers at the library would continue efforts to ascertain that the recording was definitely of Kahlo. Pável Granados, director of the National Sound Library, said researchers were poring over about 1,300 other tapes from “The Bachelor” archive to see if there were any other recordings of Kahlo.

Erika Servin, a Mexican artist and lecturer in fine art at Newcastle University in England, said in a telephone interview that the recording might surprise some people. “There is a lot of idealism to who she was — how strong she was — and I think a lot of people thought she’d have a stronger, deeper voice,” Ms. Servin said.

“She smoked a lot, too,” Ms. Servin added, suggesting that Kahlo might therefore be expected to have had a rough voice. “But it’s actually a really sweet, delicate, very feminine voice.”

But, Ms. Servin noted: “With her clothes and her image, she was intensely feminine, so her voice makes sense. It’s vital to have this full picture of her presence: this beautiful, delicate Frida Kahlo, but strong politically and in her art.” 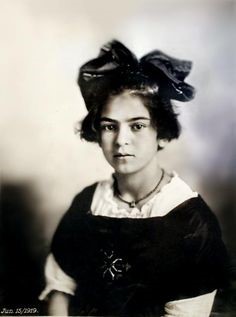 Waldemar Januszczak, a British art critic, said he was among those taken aback by the recording.

“What a surprise,” he said. “I was expecting something slow and pained, dark and moody.” “Instead, she’s as chirpy as a schoolgirl reading her mum a poem,” he added. “Where did all the angst go? So much younger and happier than anyone would have thought.”