Denise Woods and The Power of Voice 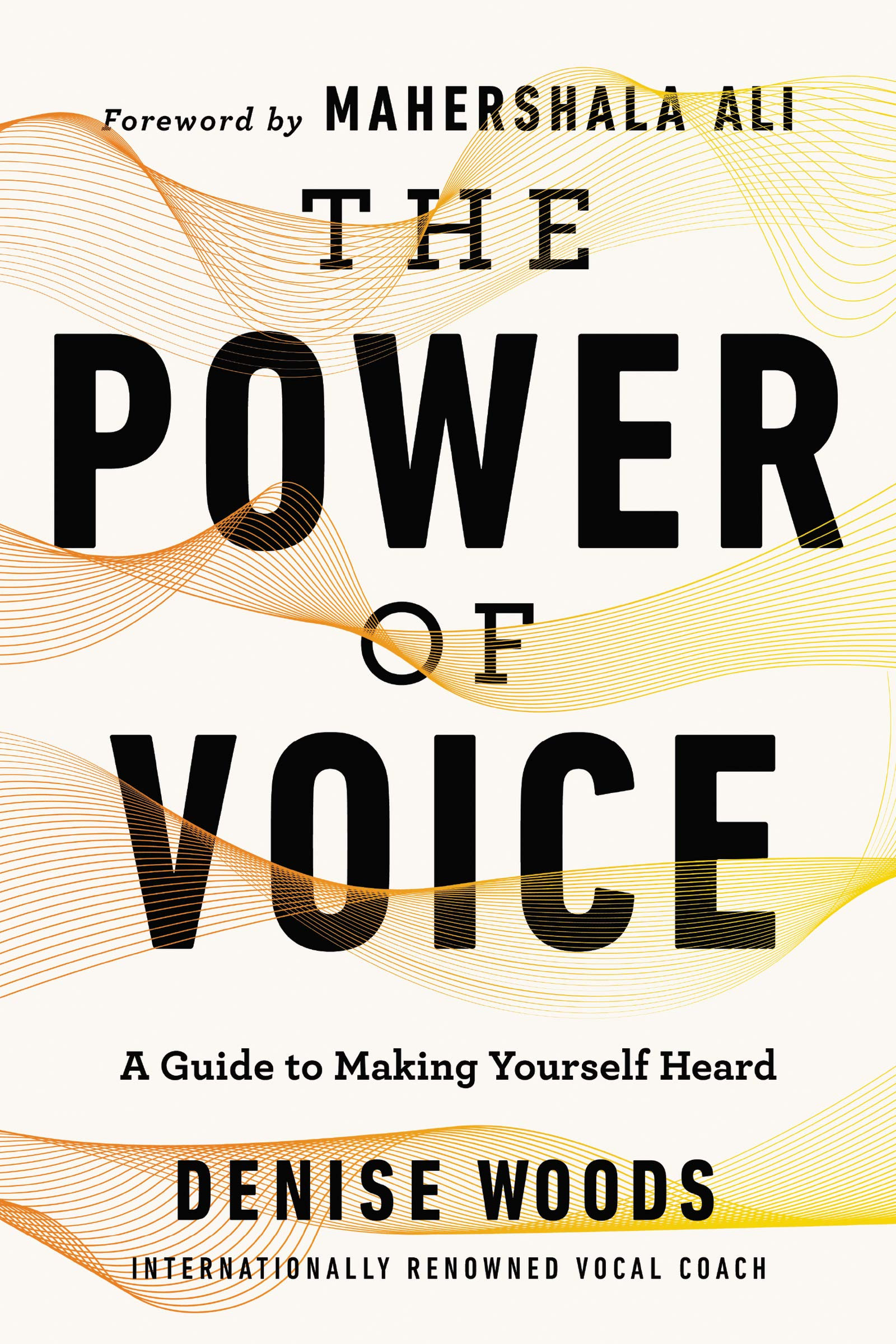 In celebration of her outstanding new book, The Power of Voice, published this January by HarperOne, we’re reprinting our 2019 interview with the legendary Denise Woods.  Be sure to get your hands on her indispensable advice, available wherever the best books are sold!

Joan Baker Wants to Know: Why is Denise Woods the Undisputed Speech and Voice Coach to Some of Hollywood’s Biggest Stars?

What do all these actors have in common? Denise Woods. That’s what. And there’s more to the story.

JOAN: Girlfriend to girlfriend, what do you enjoy most about your life today?

DENISE: I absolutely love the fact that I am in a position to work solely on projects that reflect my artistic aesthetic as well as my socio-political views as a woman of color. I’m also grateful that I can share my success with my biggest fans, my mother, my son Terry and my nephew James (both in the film industry). Their love and support keep me grounded.

JOAN: I watched one of your clients, Mahershala Ali, take home an Oscar and a Golden Globe for Green Book. What was it like for you to be a part of that?

DENISE: The gift of working with an artist like Mahershala is that he brings the best out of everyone on the team. He’s bringing his best work and encourages you to be your authentic self in your contribution to the work. You might be saying, “well, isn’t that always the case?” And the answer would be no. Hollywood is quite a fear-driven town; the fear of being fired, the fear of offending the star, the fear of pissing off the wrong person just for being you. So when you find an artist who breathes and creates with you, it’s rare. There was an occasion early in the filming of the HBO series True Detective that I gave Mahershala a very crucial behavioral note. I’m the dialect coach, that’s never supposed to happen. The first rule of this game is to STAY IN YOUR LANE! Mahershala, who appreciates the process, welcomed my note. In fact, he asked me to watch (not just listen) for his behavioral nuances and physicality throughout the entire filming. Months later I received a call from a very well known actress that wanted me to be her acting coach on a project. She said that Mahershala had informed her that, “quietly as it’s kept, Denise is one heck of an acting coach too.” I now have a handful of seasoned actors for whom I coach acting as well thanks to Mahershala Ali.

JOAN: You coach a lot of top celebrities from different backgrounds with varying speech characteristics. What does your role entail?

DENISE: I start where they are! I embrace the similarities that the actor and the character share as a comfortable and effortless basis for vocal transformation. I address rhythm first; the way you would teach Reggae music to a musician that had only played classical music their entire life. I also subscribe to the premise that it’s ALL good. We’re just figuring out what best serves the character.

JOAN: After graduating from Juilliard’s Drama Division you went on to teach voice and speech there. Is it fair to say that teaching is in your blood? 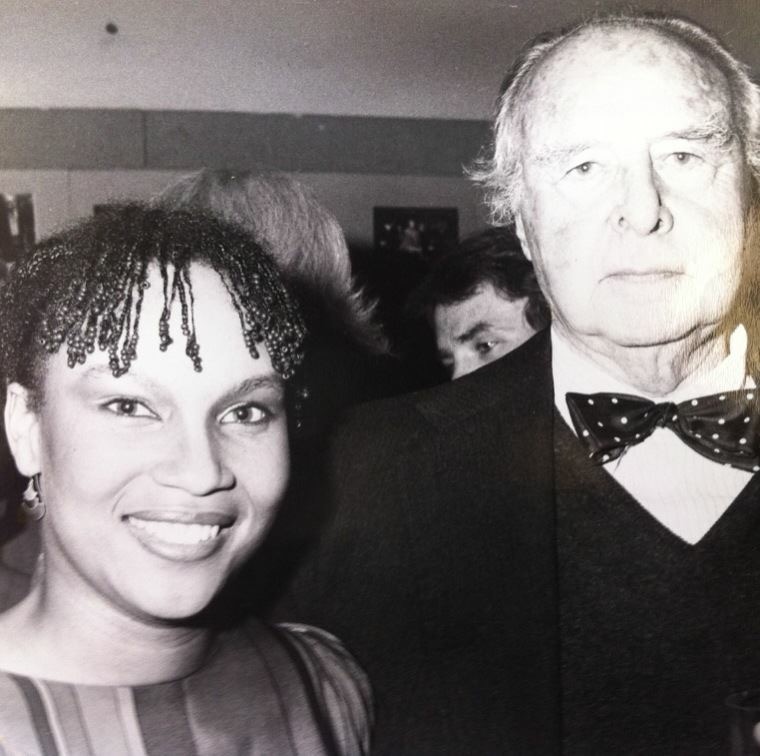 DENISE: It did not start that way. I was an actress for several years prior to joining Juilliard’s faculty. In fact, I received a Drama Desk nomination for my performance in The Acting Company’s production of The Cradle Will Rock directed by John Houseman. Prior to my acceptance to Juilliard’s Drama Division as a student, I sang with the New York City Opera Children’s Chorus. I performed in several main stage operas as a teenager. I had dreams of becoming the next Leontyne Price. However, when I read my first Shakespeare play I knew I had to SPEAK those words; I just GOT IT! I was then accepted into New York’s High School of Performing Arts for Drama and although I was also accepted into our sister school, the High School of Music and Art for Voice, I chose drama. That choice led me to Juilliard’s Drama Division at the age of 18 as opposed to opera as everyone had assumed. 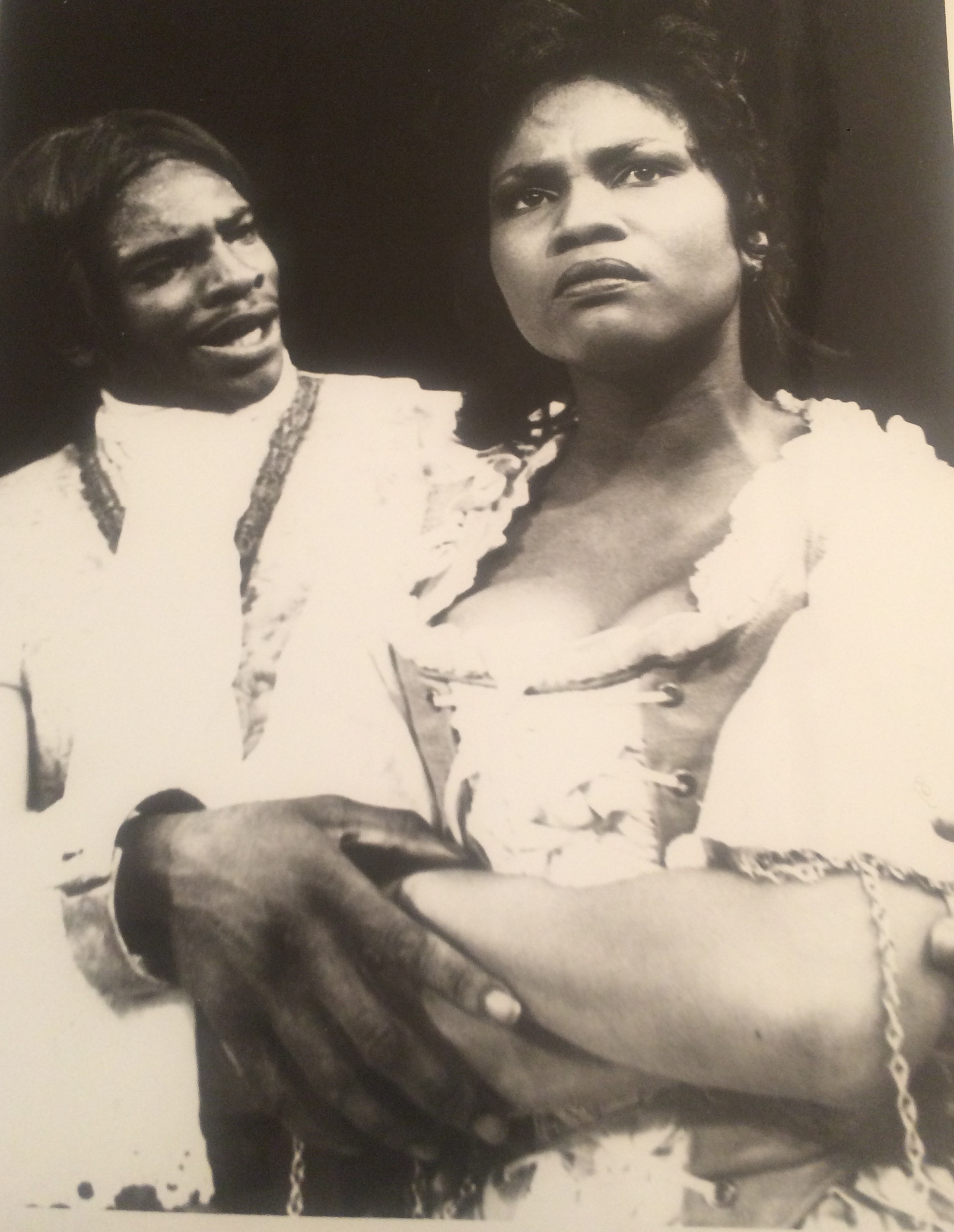 I must say that I had quite a wonderful career as an actress who also sang. In fact, my entire class at Juilliard (Group 8) was filled with equally competent singers, Keith David being one of them. While performing in the Canadian production of a Broadway musical in the early 90’s, Juilliard called to offer me a position on faculty. I thought, “When Juilliard calls, you GO!” I became the first African-American female full time faculty member in the Drama Division. After several years of teaching, I started receiving wonderful acting offers without having to audition. By then I was hooked and turned them all down. The teaching bug superseded my need to act and sing. I must say that my singing and acting training have played a huge part in developing my ear for the work that I do. All of my artistic roads led me here and I couldn’t be more gratified.

JOAN: How do you describe voice and speech training?

DENISE: Voice and Speech training is as varied as the individual seeking to be trained. My approach has never been generic, never a one technique fits all approach. Sometimes actors seek my help for what they perceive is a “speech” issue when in fact, it’s a “voice” issue. Most clients are unable to distinguish the difference between voice and speech or a dialect vs. an accent. My goal is to empower my clients. I want to disarm fear, intimidation and feelings of inadequacy. The days of an elitist approach to voice and speech are over.

JOAN: What one should expect to get out of voice and speech training?

DENISE: Relaxation, breath, voice, articulation and communication. I explore and guide my clients to a mastery of these 5 principles in order to achieve an effective vocal presentation from the most theatrical of settings to the most intimate.

JOAN: Do you rely primarily on the Edith Skinner’s methodology?

DENISE: Not at all. As culture evolves, so does the way we express ourselves. I find several methods valuable, Cecily Berry, Patsy Rodenburg and of course Skinner. However, I like to think of modern day voice and speech professionals, like myself, as more culturally and linguistically inclusive. When I teach, I learn just as much from my clients as they are learning from me. I grow as they grow.

JOAN: In emphasizing “Good American Speech” as an ideal, or at least as a primary dialect, what happens to the evolving nature of speech in today’s multicultural artistic world? 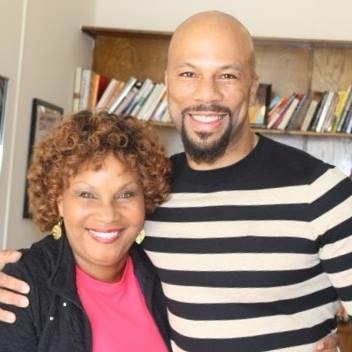 Common is one of several Oscar-winning actors with whom Denise has consulted as a client.

DENISE: I believe that my generation is actively redefining the “Good American Speech” and “Standard American Speech” paradigm. My question is, what is GOOD? And by who’s standard? “Good speech” is speech that enhances the narrative, character or medium. A performer’s job is storytelling; anything that detracts from “the story” be it vocal or physical habits, should be addressed. Does that mean obliterating one’s sense of self? Of course not! I add to that “sense of self” by sharing tools that allow the artist to become more facile and more confident.

JOAN: Microsoft, AT&T, and Arby’s are a few of the major brands using nontraditional voices: Common, Lena Waithe and Ving Rhames, respectively. What does this tell us about diction and regionalisms taking hold as part of what resonates today?

DENISE: I’m absolutely thrilled to hear these wonderful voices on a national platform, Common is a client of mine and Ving Rhames and I went to high school and Juilliard together. However, I’m inclined to believe that these business decisions have less to do with Corporate altruism and are more of a “get on board or be left behind,” move for fear that they become the Blockbuster and Boarders during the digital shift. I liken shifts in “popular culture” to that of a swinging pendulum. When you get in the game just remember that the pendulum swing is inevitable. My suggestion is to also arm yourself with an aesthetic that defies the test of time and becomes an immediate classic. You must be able to do it all, and lean into the art that withstands the test of time. This is where the real gold lies.

JOAN: What is the legacy you’d like to leave in the world?

DENISE: I want to be remembered for giving disenfranchised voices the courage and tools to use their words, their thoughts and their stories in ways they never thought possible. My dream is to dismantle fear, shame and insecurity and help build platforms for ALL voices to be heard. “To whom much is given, much is expected!” My vocal coaching gifts must reach beyond Hollywood to that young child struggling with gender identity, to the black girl who never felt accepted because she thought her skin was too dark or too light and to that small child in us all dying to be given A VOICE. 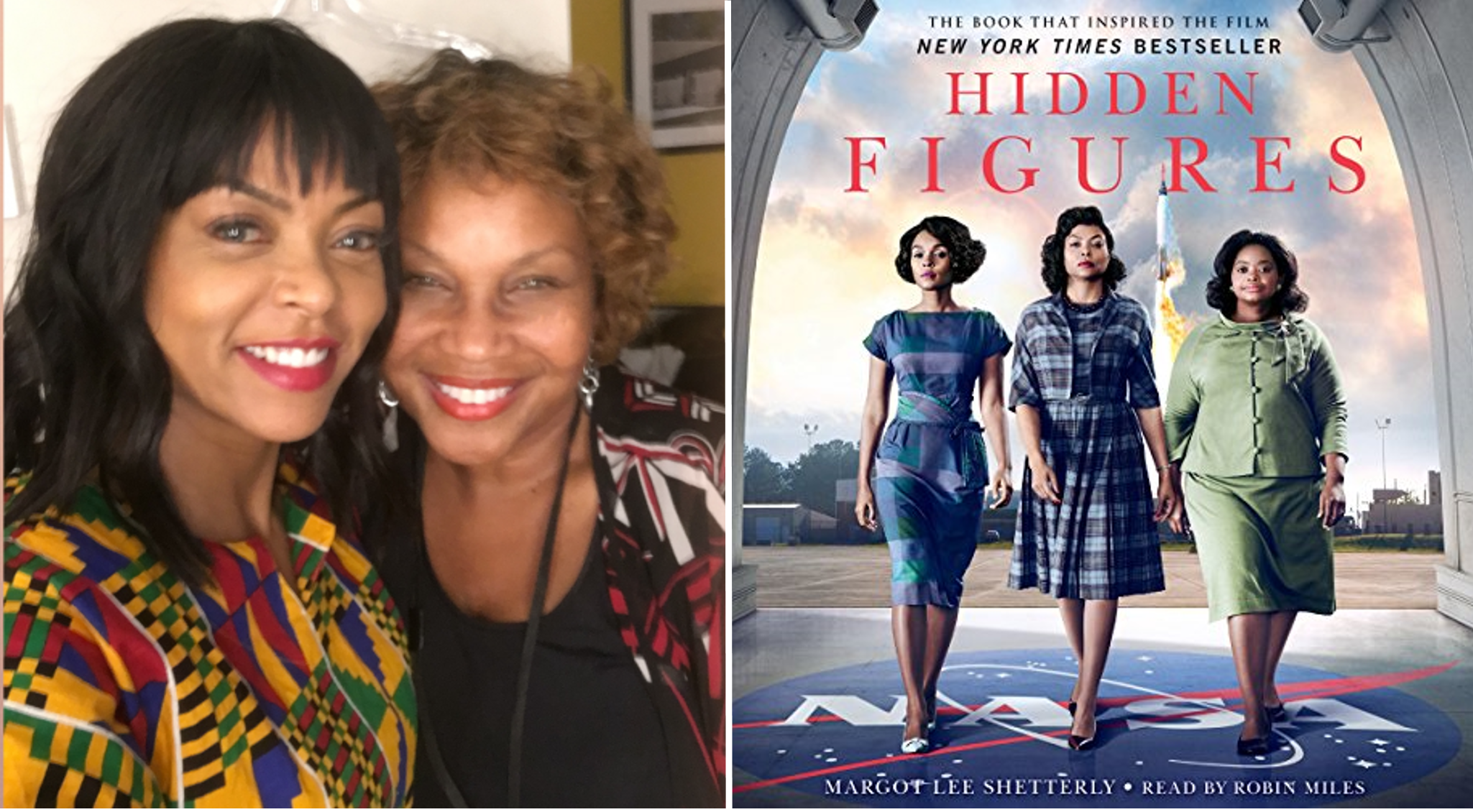 JOAN: Finally, if a sister doesn’t mind, let me just say that folks wanna keep an eye out for your upcoming book published by Harper-Collins, The Gift of Voice, and to visit your website, Speak It Clearly, for info on how to reach you for coaching, and a look at the many great things you’re doing across the board. It’s a fabulous website, by the way! Thank you for sitting down with me.

DENISE: Thanks so much, Love! It was really a lot of fun. 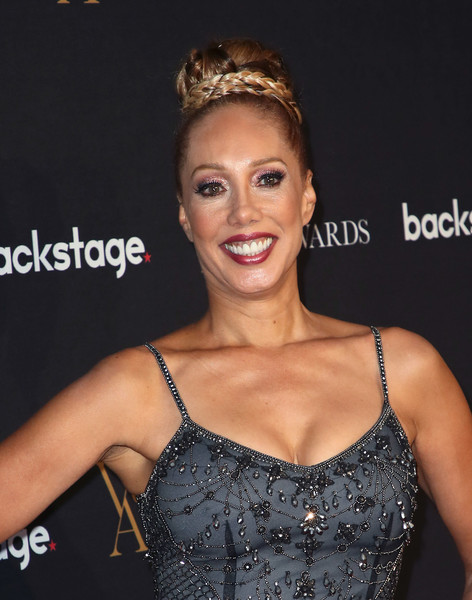 Joan Baker is and award-winning voice actor, author of Secrets of Voice-over Success and co-founder of Society of Voice Arts and Sciences, That’s Voiceover!™ Career Expo, and the Voice Arts® Awards. She’s also an acting and voiceover expert for Backstage Magazine. Joan coaches voice acting in her Manhattan office and via Skype. Connect with Joan at Joan@sovas.org and on Twitter: @joanthevoice