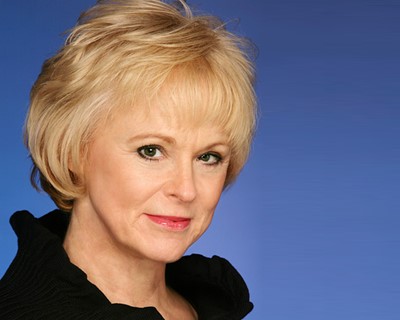 Standing center stage at New York’s Museum of Moving Image in November 2014, Debbe received her first Voice Arts Awards® and wondered, “How in the world did I ever get here?” The answer: opportunity, nurtured by years of hard work, perseverance, focus, family support, discernment, and grace.

While there weren’t many opportunities for Debbe to grow up in Port Angeles, Washington, her small town was situated in the middle of pristine nature: The Olympic Mountains were her backyard, the Straits of Juan de Fuca, her front yard. Forests, streams, and beaches were her playground, where she learned her most treasured life lessons.

Debbe attended Queen of Angels and educated by the Sisters of St. Joseph. She loved learning and knew she had to work hard. With her single mother as inspiration and support, good grades, and a sincere desire to create a better life for herself and her family, she was poised for success in high school and graduated with high honors. Then came opportunity; Gonzaga University’s Admissions Director suggested she apply. Debbe had never considered attending a top tier Jesuit University as her family wouldn’t be able to afford it. Still, she followed his suggestion and was awarded a full scholarship.

It was at Gonzaga that Debbe discovered her love for communications and declared Communication Arts as her major. She applied and was awarded the first television internship in the school’s history through the suggestion of her department advisor. Three weeks into her assignment, she stepped into a full-time paid position as a write and producer for KHQ’s promo department. Debbe’s career had launched.

Several well-chosen twists and turns led her where she is today: five-time Voice Arts Awards® Winner with international distinction. In addition to voice acting, Debbe has honed her production and business skills in broadcasting at NBC, ABC, CBS, and PBS affiliates, in advertising as a creative director, writer, producer for advertising agencies, and in marketing as a Senior Sales Executive for the Xerox Corporation.

Debbe’s commitment to providing educational opportunities to under-served communities led her to found Seattle’s Explorer West Middle School, nationally recognized for its outstanding curriculum, commitment to inclusive diversity, and award-winning environmental outdoor programs. As Founder and Chairman of the Board, her fundraising expertise guaranteed financial assistance to families in need from its very beginning and continues to do so today.

Residing in both Seattle and Los Angeles, Debbe is happily married to Ken Hirata, a commercial real estate broker. Their two adult children both enjoy successful careers in the Arts. Debbe is honored to chair SOVAS™ Educational Outreach Efforts and looks forward to bringing opportunities to those they serve through her vision, insights, business acumen, and talent.