Actor Jim Cummings has long provided the voices of Pooh and Tigger, including in Disney’s “Christopher Robin” movie. 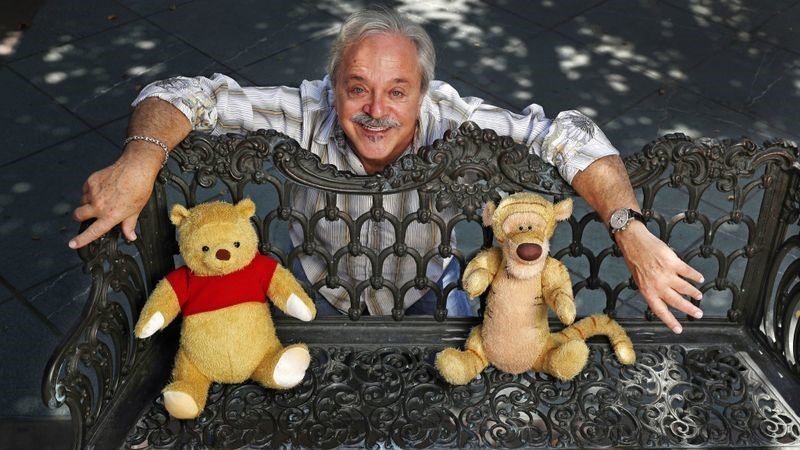 Like many baby boomers, Jim Cummings grew up watching Saturday morning cartoons. Which led the Youngstown, Ohio, native to decide at an early age that he wanted to become a voiceover actor. But his initial audience in grade school wasn’t happy with his early career choice. “I was the guy doing dolphin voices,” said the 65-year-old Cummings, adding that the teachers would often scold him, “We don’t have dolphins in Youngstown, Mr. Cummings!”

The Annie Award-winning actor has come a long way since his dolphin days. For the past three decades, Cummings has voiced some 400 roles including the title character from “Darkwing Duck,” Ed, Gopher and the singing voice of Scar in “The Lion King” and Kaa, Colonel and M.C. Monkey in “The Jungle Book 2.”

Cummings is best known, though, for being the voice of A.A. Milne’s beloved Winnie the Pooh and Tigger for the past 30 years. (The late Sterling Holloway and Paul Winchell originated the voices of Pooh and Tigger, respectively.)

His latest appearance as the bear with very little brain and the bouncy trouncy feline is in the live-action “Christopher Robin,” which opened in theaters last Friday, earning mostly favorable reviews and $25 million in its opening weekend.

Directed by Marc Forster (“Finding Neverland”), the fantasy film finds Pooh and the gang from the Hundred Acre Wood reuniting with a grown-up Christopher Robin (Ewan McGregor) who has lost his way in the world. L.A. Times film critic Justin Chang called it a “sweetly amusing concoction,” adding that Cummings was a “gifted” voiceover artist.

A few days before the film opened, the effusive Cummings, who often spontaneously breaks out into Pooh and Tigger voices, sat down for an interview at the Walt Disney Studios.

Why do you think Pooh, Tigger, Piglet, Eeyore and the gang are still so popular?

It’s kind of like Christmas or New Year’s or Thanksgiving. You never get tired of it. It’s something that gets you in touch with your own joy and your own innocence and your own time of wide-eyed wonder. That’s not going anywhere. That never goes anywhere.

Because this is a live-action film as opposed to an animated TV series or movie, did “Christopher Robin” stretch you as an actor?

To be true to Marc’s vision which is just sterling — no pun intended — it was actually a subtler approach. It was less bombastic. In this particular project, Pooh was not white-water rafting and in danger of going over the waterfall. He was not suspended from a weather balloon in a lightning storm.

Therefore, it was more subdued in nature and rightly so. It’s a period piece. It’s set post-World War II. He’s reacting to his old friend — it was just he and Christopher Robin for the most part. There was no call for bombast and the boisterous nature that accompanied regular cartoons. It was very much sculpted.

And Pooh is relating to a middle-aged Christopher.

Yes. But to Pooh, it was still Christopher Robin. That’s one of the sweetest things, I thought, in the movie. [Christopher Robin] goes, “How did you recognize me?” [Pooh says,] “Because it’s you.” It’s very sweet. 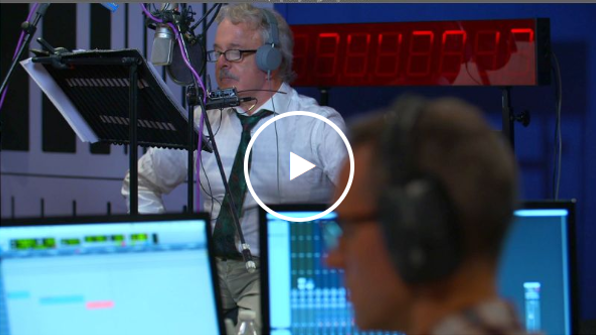 Did you record your lines before the film was shot?

Take a behind-the-scenes look in the voiceover booth with actor Jim Cummings,
the voice behind Winnie the Pooh and Tigger in “Christopher Robin.”

I certainly knew the story and the storyboards. They walked me all through the Hundred Acre Wood. I was actually in the shop where they were sewing [the characters] together. That was in London. At that point, we had a marathon session of recording when I recorded, basically, the movie. The whole thing. They did that with everyone. Then, they had [the recordings] to work with on set so that Ewan, Hayley [Atwell, who plays Robin’s wife] and Bronte [Carmichael who plays Robin’s daughter] weren’t just flying blind, so to speak, or flying deaf.

After the film completed shooting, did you re-record Pooh and Tigger?

Then at that point, you put in the characters and do the fine tuning. We kind of change the dialogue here and there to tweak it and get laughs that weren’t there.

You got to know Paul Winchell, the famed ventriloquist who was the original voice of Tigger. In fact, you split the role for the first year and a half for the animated 1988-91 TV series “The New Adventures of Winnie the Pooh.” I loved watching him and his dummy, Jerry Mahoney, on TV when I was a kid.

Me too. Jerry Mahoney was cool, but when his whole head would spin around, it freaked me out. I was, like, four. I’d ask, “Could you tuck me in again, Mom?” Because I was pretty sure that Jerry Mahoney was underneath my night stand doing the head spin thing.

I told that to Paul and he laughed. He goes “Boy, if I had a nickel for everybody that told me something like that.” Paul talking sort of sounded like Tigger.

So did Sterling Holloway, who was the original voice of Pooh

But it worked so well for the character

I’ve often said that his voice reminded me of a gentle breeze blowing through cat tails.

Did you ever meet Holloway before he died in 1992?

Before I was in the business, I was down with my wife in Laguna Beach. He had retired and lived down there. We were getting a late lunch in a hotel diner, and nobody was there. We see the waitress walk over to the corner booth. She said “Well, have we decided what we’re going to have now?” We heard this little voice, “Well, I believe I will have the chowder.” It sounded just like Winnie the Pooh. I got up, and there was Sterling Holloway sitting there with all this spray of white hair. He looked like an albino cow, God love him.

Though Pooh and Tigger are based on Holloway and Winchell’s originals, are you able to bring your own touches to the roles?

You can’t help but do so. You don’t want to sound like you are stuck in parade mode. I have developed something in my head called Pooh logic. It’s really embodied by lines like “I always get to where I am going by walking away from where I’ve been.” It’s like a Zen approach. Pooh is kind of like the Chauncey Gardiner character [from] “Being There.” There’s a little Forrest Gump attitude.

There would be a hurricane going on all around him, but it doesn’t affect him because he’s the eye of the hurricane. He sees the world through honey-colored glasses.

So, if Pooh is the eye of the hurricane, what is Tigger?

Tigger is the hurricane!