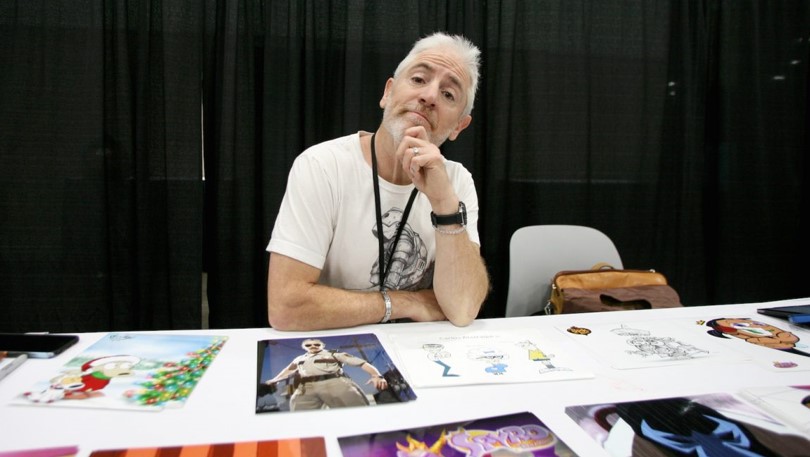 By the time our phone conversation had ended, I’d had the pleasure of hearing at least a dozen hilarious and distinct voices from Carlos Alazraqui, the Argentine-American comedian and actor. His ever-replenishing arsenal has imbued life into hundreds of animated characters since the early ‘90s, many of which reflect not only his chameleon-like talent as a voice actor, but also his Latin American heritage.

Alazraqui, who first found success doing stand up in San Francisco, got his big break in voice acting with the quirky Nickelodeon show Rocko’s Modern Life, where he was cast as the title character: an anxious wallaby navigating an absurdist version of a typical U.S. town. Twenty years after its final episode aired, Alazraqui is back playing the Australian marsupial in the new Netflix special Rocko’s Modern Life: Static Cling, which revives the cartoon with a current twist. Rocko remains a major milestone for the performer. 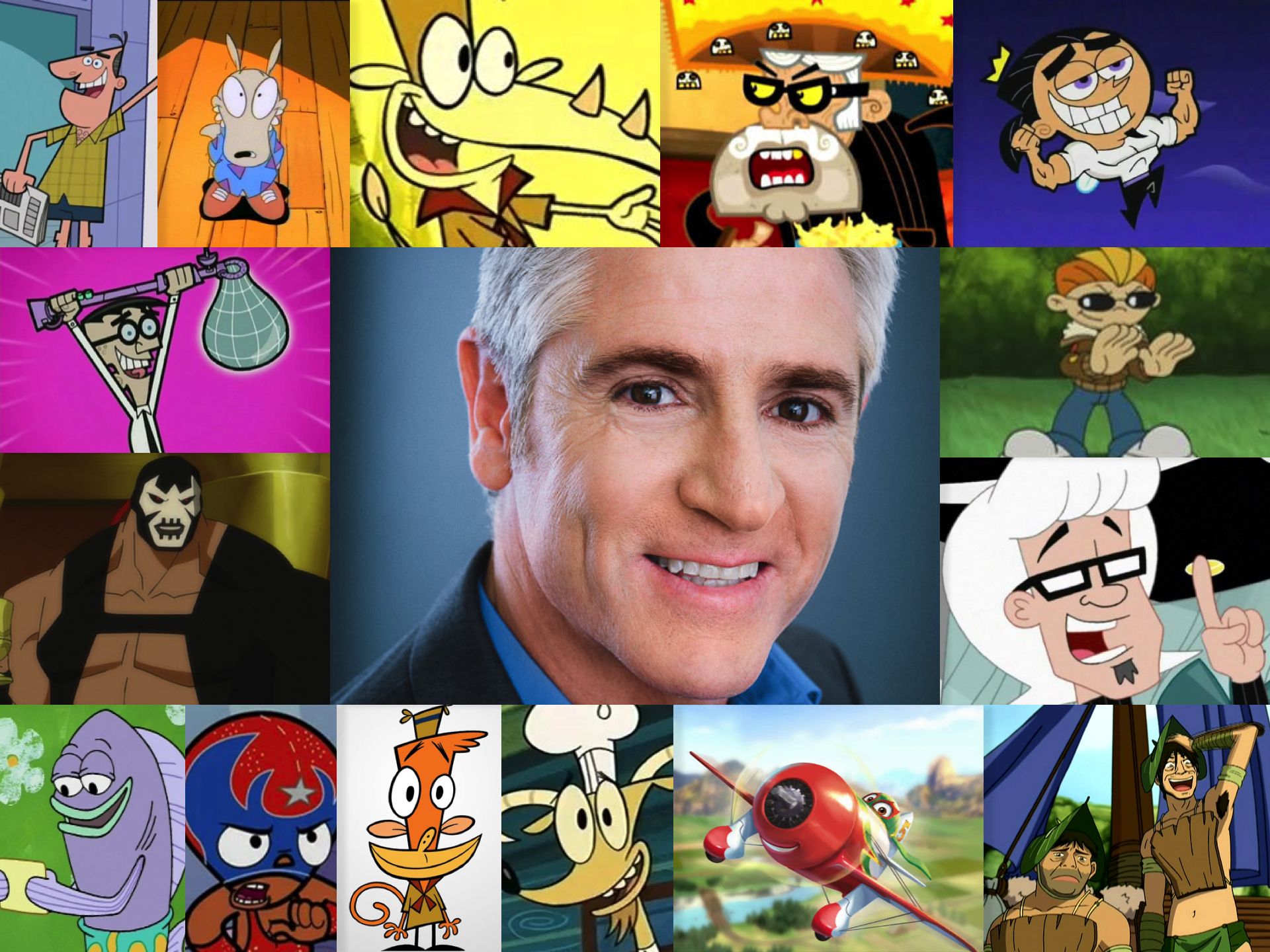 For three decades, Alazraqui has lent his vocal artistry to nearly every animated TV show and movie of note across studios and networks. He’s been the voice behind countless characters, such as General Posada in The Book of Life, the Brazilian helicopter pilot in Pixar’s Inside Out, El Chupacabra in Planes, Skylar in Elena of Avalor, Juandissimo and Mr. Crocker in The Fairly OddParents, Felipe “the Phillips Screwdriver” in Handy Manny, Winslow in CatDog, Rikochet in Mucha Lucha!, Granpapi Rivera in El Tigre, and in shows like Hey Arnold!, SpongeBob SquarePants, Family Guy, and Phineas and Ferb. His curriculum is astonishing, and includes Reno 911’s Deputy James Garcia as his most recognizable on-screen acting work.

Today, Alazraqui has become the go-to actor to voice Latino characters, a shift in his career that he credits to playing the Taco Bell Chihuahua, with its memorable catchphrase, “Yo Quiero Taco Bell,” in a series of popular commercials for the fast-food chain between 1997 to 2000. “Because of my ability to pronounce Spanish words, the character just hit. It was played against type. It was this minuscule little dog with a deeper cool voice,” he said in an interview with Remezcla.

Despite describing his formative years as rather “Americanized,” Spanish was always present at home. “I grew up listening to [phrases like] ‘No me digas!’ and some other choice Argentine slang like ‘vos sos boludo!’ I heard that Argentine accent, so for me doing that dialect or a version of it, whether it was Mexican or Puerto Rican, was easy.”

For Alazraqui, being able to pronounce Spanish-language words properly and add authenticity to his work is both rewarding and a responsibility. His immigrant parents granted him a gift through their bilingual household, which added to the fact that he also picked up dialects from his childhood best friend’s family who were Scottish.

His mother, a gregarious Methodist minister known by his two daughters as Grandma Nina, even inspired one of his voices, channeling the way she would reprimand him as a boy. “There’s a character on El Tigre, which was created by Jorge Gutiérrez, called Lady Gobbler who’s all like, ‘I will get you! You will never escape me!’ who is a version of my mom when she would get mad and yell, ‘No me digas Carlitos! No me digas!’” he endearingly noted.

“Had my parents not been from Argentina, and had I not grown up with people that were from Scotland, I wouldn’t have been able to be so diverse. I want people to see Latinos that can play many characters,” he explained. A great example is Alazraqui’s version of Bane, the muscular villain he interprets in several Batman animated projects. “Bane is a decidedly ambiguous South American character, and you have Tom Hardy playing him as a Brit in The Dark Knight Rises. My Bane is truer to the natural origins of the character.”

Back in 2012, he too reconnected with his origins as the subject of the now extinct NUVOtv’s show Pastport, which focused on taking U.S. Latino stars back to the country of their families’ ancestry. Alazraqui and his wife traveled to Argentina, where he dressed in a gaucho outfit and grilled meat outdoors. The episode was comically titled “Carlos Alazraqui: The Most Argentine Man in the World.” Curiously, playing a quintessentially Argentine character is still on his list of dreams yet to be fulfilled.

Over the years, Alazraqui has discovered that people tend to be surprised when they learn that a Latino actor is the voice behind Rocko, an anthropomorphic animal that has nothing to do with our culture, and he is immensely proud of that. “I always say, ‘Here’s a kid named Carlos Jaime Alazraqui, who was an all-American boy in high school, playing an Australian wallaby.’ I think it’s a testament to how diverse the Latin culture is.”