A Beloved Gay Simpsons Character Was Recast—With a Gay Actor 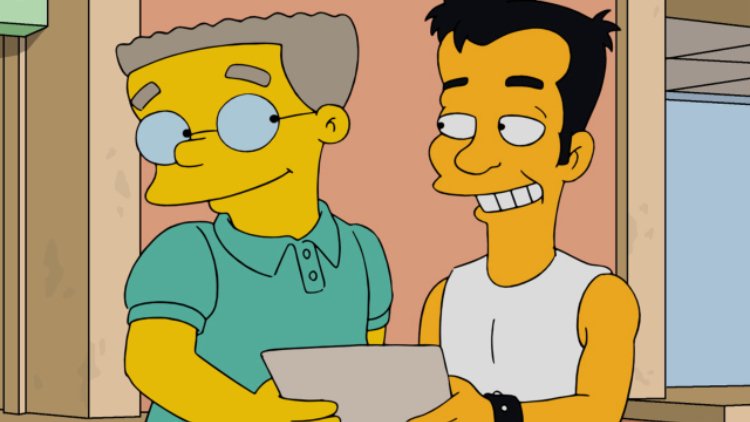 Many animated series have been called out for the lack of accurate representation in voice acting and have been taking steps to correct those errors.

Following the controversy of voice actor Hank Azaria’s stereotypical and damaging depiction of Apu that reached a zenith last year, The Simpsons announced that the show would “no longer have white actors voice non-white characters” and began recasting recurring characters of color.

They’ve kept that promise with Julio, a gay Cuban character previously voiced by Azaria, and recast him with a gay Cuban-American actor named Tony Rodriguez. He made his debut on March’s episode, “Uncut Femmes.”

The Simpsons doesn’t have the best record with LGBTQ+ representation or comedy, which is made abundantly clear in a two and half hour supercut of “Every LGBT Joke On the Simpsons Ever,” created by Drew Mackie and Glen Lakin of the Gayest Episode Ever podcast.

It seems the supercut, which Mackie says took over a year to make, actually impacted the creators of the show.

Matt Selman, an executive producer on The Simspons, tweeted that Drew Mackie and Glen Lakin’s video “definitely had a hand in this magic coming together,” citing Rodriguez’s casting on the show. 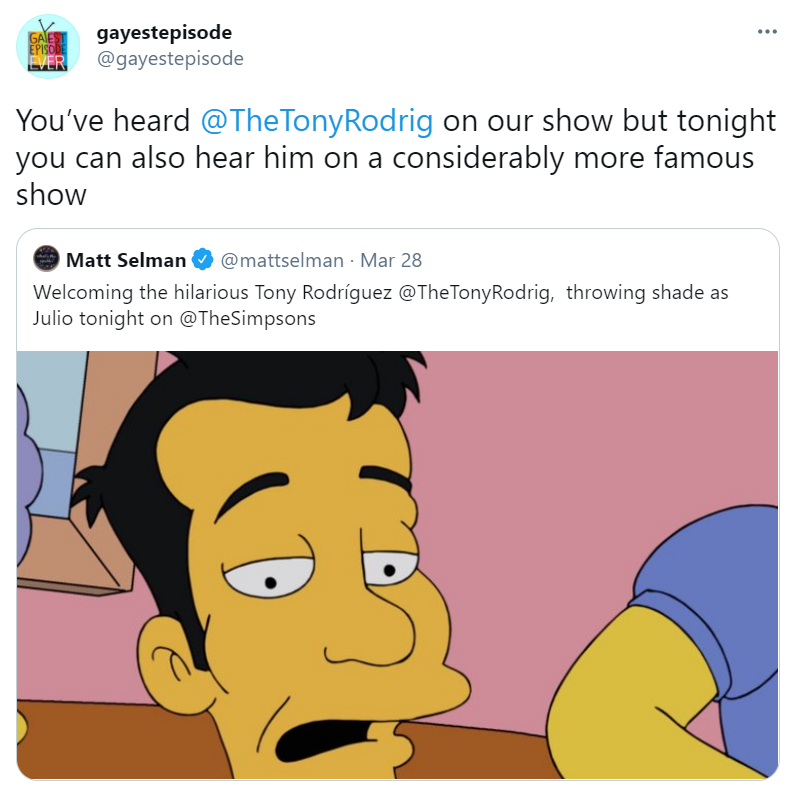 Gayest Episode Ever takes a look back at the rare (and oftentimes terribly done) LGBTQ+ themed episodes of television shows of the past. Mackie and Lakin discussed the supercut video with Rodriguez and his subsequent casting on a recent episode.

“Maybe this is how this game works, we just say on this podcast and then it comes true.”