Dave Fennoy, Award-Winning Voice Actor, Talks About Teaching, and the Art of the Craft 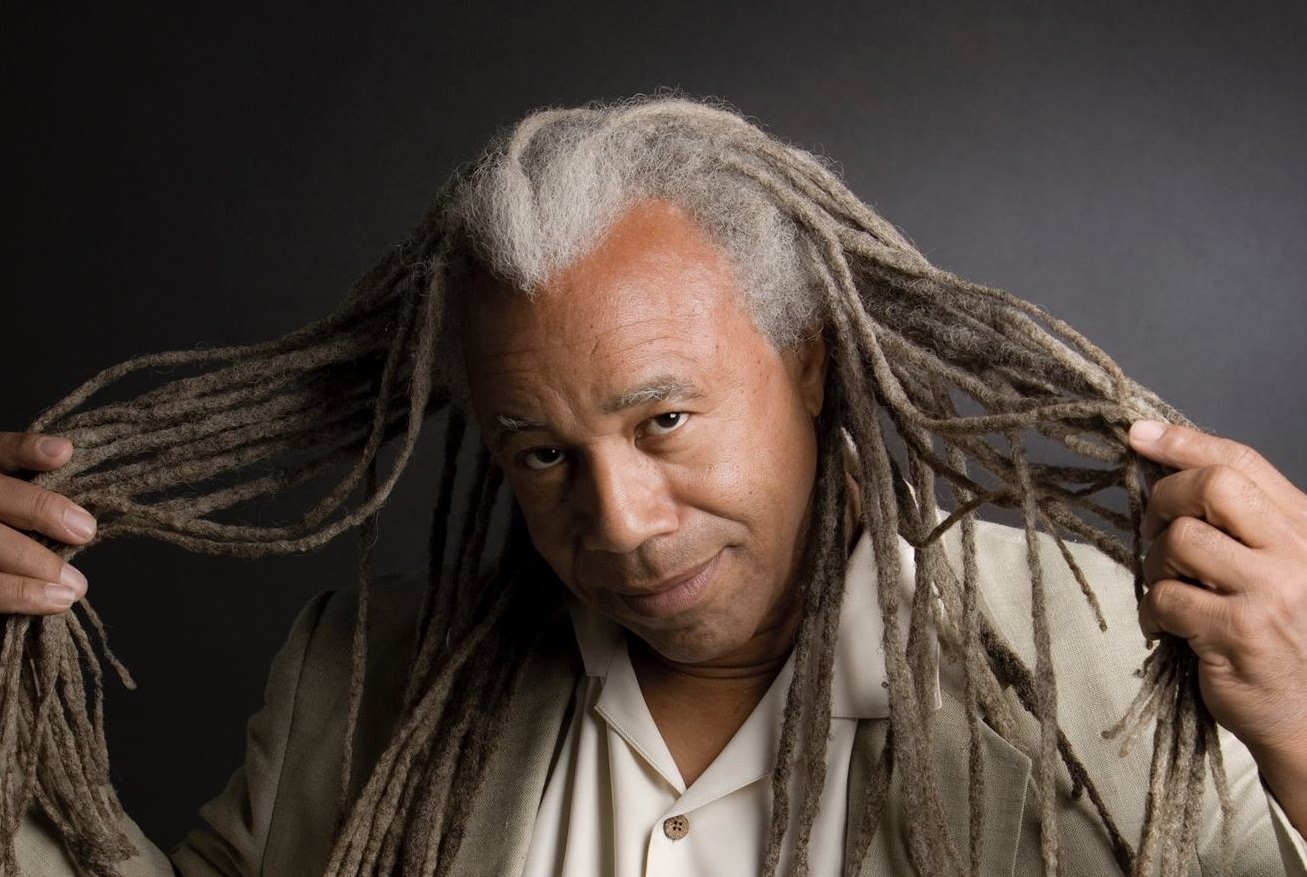 By Rudy Gaskins, August 3, 2019 Society of Voice Arts and Sciences

RUDY: You’re a multiple Voice Arts® Award Winner, among other prestigious honors, with many years in a largely anonymous business. What has it meant for you to be recognized for your work?

DAVE:  Few things in life are better than your colleagues giving you recognition and praise for your work. You can’t know how good it feels until it happens to you. Frankly, it means the world to me.

As a teacher, who extends what you’ve learned to the next generation, how do you navigate between what’s truly current, and the rapid pace at which things change? 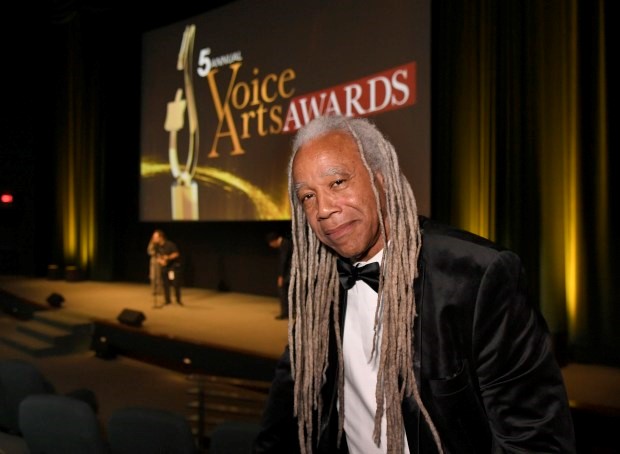 DAVE:  What’s the old saying, “the more things change, the more they stay the same” Touching hearts and minds will never go out of style and what the voice actor must do is just that. What has and is changing constantly is the style in which we communicate. Each generation speaks the language a little differently, adds words and phrases, has a different song and rhythm to their speech. What I do is help voice actors find their authentic voice. That voice that connects.

You have a background in traditional acting. How has that impacted your work as a voice actor and as a teacher?

DAVE:  Having had an acting background has been essential to my success. I should also mention that my years as a musician also helped. In retrospect, I can see that as a Radio Personality, I played the part of a radio personality. Spoke on radio with the music of a radio personality. Yes, I was being myself, but I took on the role by speaking as a radio personality. When I moved into voice over, I learned that I couldn’t play that role as a voice actor and be successful. I had to learn to bring other characters and other music/rhythms to life for Commercials, Animation, TV Promos, Narration and especially Video Games.
As a teacher, my acting background has help me get students to understand that “being the character is more important than the words”.

It seems that when one is as good at what they do as you are, being called to teach is inevitable? How did you enter into teaching and how do you feel about doing it?

DAVE:  My mother always wanted me to get a teaching degree and teach. I always told her I had no interest in teaching. Score one for mom! I think because I love voice over, I love teaching voice over.
I’m not sure that being called to teach what you’re good at is inevitable for everybody. There are those who have talents but can’t share how they do what they do. For them, it’s instinct. I’ve spent a lot time and thought reverse engineering what I and other voice actors do. I began teaching because so many people asked me to help them get in the biz when they found out what I do. I kept teaching because I discovered I love it!

Describe your view of the state of our art – meaning the art of voice acting. 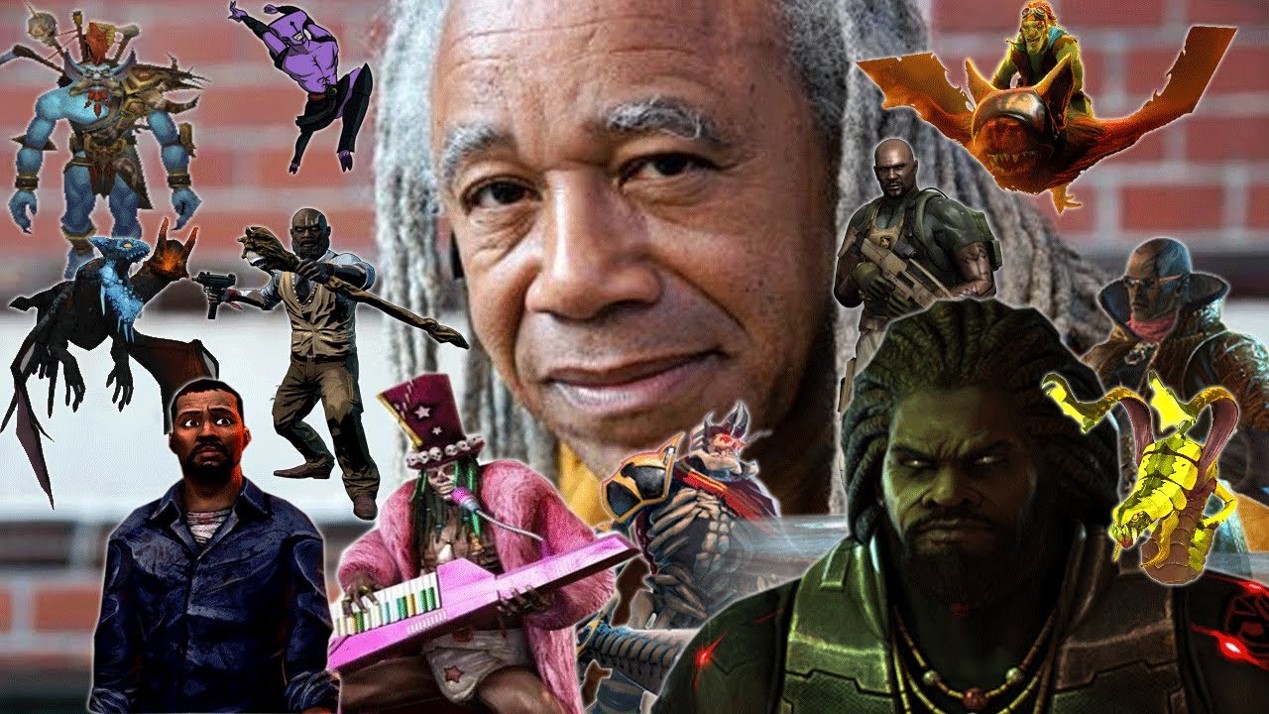 Dave Fennoy, amidst a small sample, among hundreds, of characters he’s voiced, including Lee Everett in The Walking Dead, and Lucius Fox in Batman.

DAVE:  Like television, we are seeing the best of and the worst of our art form at the same time. The amount work is at an all time high, but because of technology and the attack on workers of all kinds there is pressure to lower the monetary value of our work. And let’s not forget Artificial Intelligence. Many jobs are going away thanks to that technology.
That said, more and more aspiring and working voice actors are upping their skills and artistry by studying and working to perfect their craft. In many ways, we are at a cross roads. We are all going to have to remain vigilant to maintain and increase compensation for what we do and stay engaged in expanding the skill and artistry of what we do.

Industry insiders often refer to the term “voice artist” but without due consideration for voice acting as an art form. Is it an art form in your opinion?

DAVE:  I prefer to call myself a voice actor, but let’s not get caught up in semantics. We are both artists and technicians. Sometimes we are looking to touch the heart. Sometimes we just need to say it a little faster. Like musicians, we perform in various styles and with various degrees of virtuosity. Some do one thing well, some, many. We sell products, tell stories, become heroes and villains, and speak clearly so that someone can learn something or put something together.

Though you are an actor, you spent some serious time as a major radio DJ. Did the DJ style vocal style present any unique challenges when moving into voice acting for commercials?

DAVE:  Ha! Oh, yes. Being a DJ for a decade made it the go to voice for almost everything when I first started pursuing VO. My first coaches did everything they could to beat it out of me! In time, I learned to let it go and be able to use my voice in other ways and worry less about romancing the words and leaning into that DJ thang! That said, I can still jump into DJ mode at the drop of a hat, which I think of now as just another tool in the tool box. And BTW, there are skills I developed as a DJ that still serve me well.

Getting back to your work as a the teacher, what would be a typical hurdle that most newbies have a difficult time getting over? How do you help them get over it? What do you do when the student just can’t seem to get it? 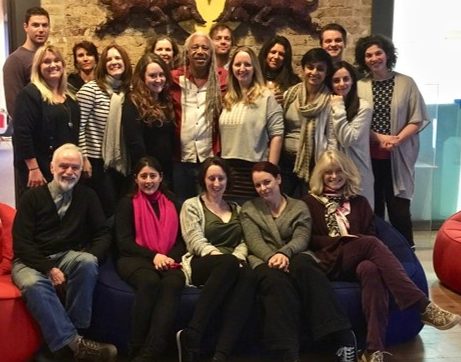 The highly sought after Dave Fennoy, with students, after a master class he gave on the craft & technique of doing voice acting for video games.

DAVE:  The truth is, not everyone who wants to do VO is going to be able to. I’ve had students who couldn’t read well enough. I tell them to practice reading out loud every day and comeback when they can read well enough. They rarely do. Some people have a beautiful speaking voice, but have a tough time letting go of the crutch of leaning into it, therefore avoiding the real skill of acting and storytelling. Often, the more beautiful your voice the faster bad acting shows up. The hurdle most newbies have to get over is the misconception that the words you are saying will do the job for you. The words must be said, yes, but it’s everything behind the words that’s important; who you are, your world view, who you are talking to, what you are talking about, etc. Getting newbies… and some others… to let go of the words and embrace the message is the problem that I see… ah, make that hear, the most.

What have you learned from working with students who are seasoned professionals in one area of voice acting, but are looking to you to help them move into a new genre? 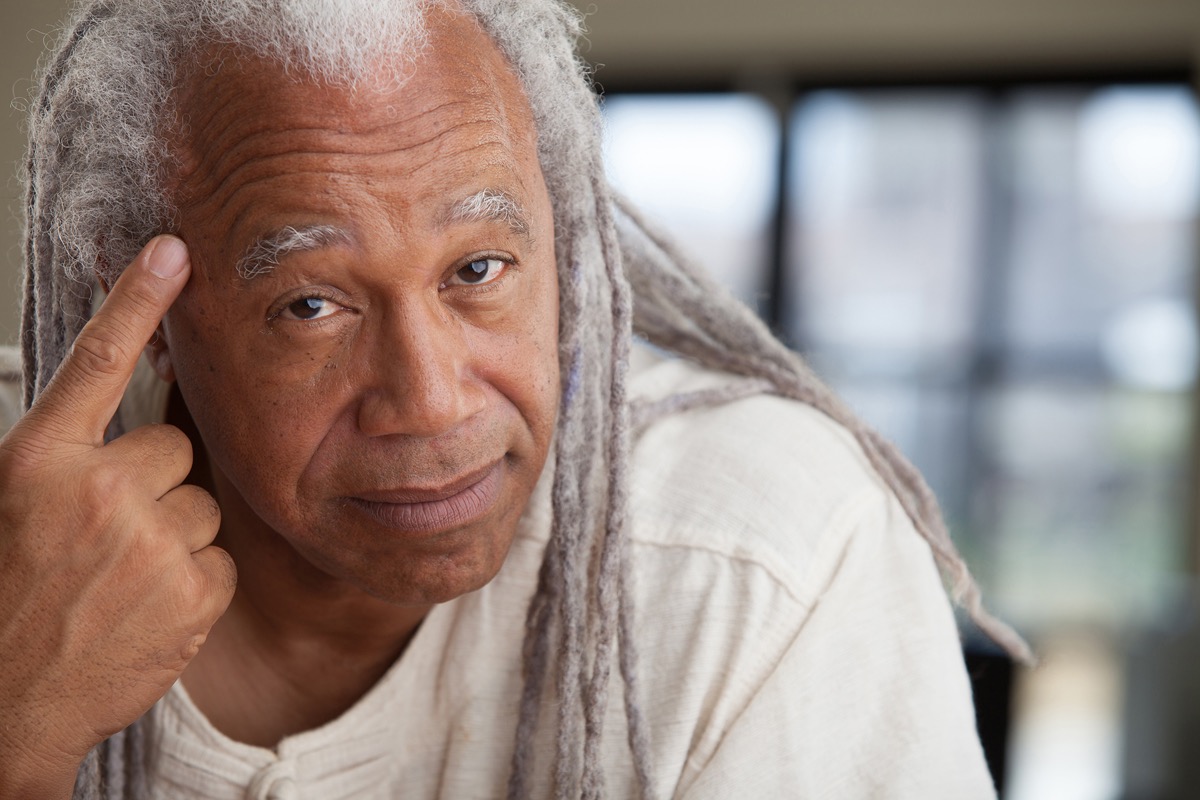 DAVE:  Each genre has its own particular techniques and if a person has been doing one thing for a long time, it becomes instinct for them, the “go to”, and what they hear as what should be. Often, people become very uncomfortable stepping out of that comfort zone… even when it’s exactly what they want to do. Time, practice, and patience are essential to letting go of a crutch and embracing a new skill. I’ve often wondered if I could devise some kind of electric shocking mechanism to give them a jolt when they do it wrong. OK. Kidding.

If there were an award for teachers in voice acting, how would it be judged?

DAVE:  I would think it would be judged by the number and percentage of students you were able to help. No teacher is going to be able to take every student from 0 to infinity. Students arrive with different skill levels and different levels of talent. I give my students a solid foundation of acting and voice over techniques. My promise to each one is that after working with me you will be a better voice actor. So far no one has said I didn’t keep my promise.

To study with Dave Fennoy, or learn more about is illustrious career, head on over to DaveFennoy.com for details. Plus follow, like, and love him on Social Media everywhere: 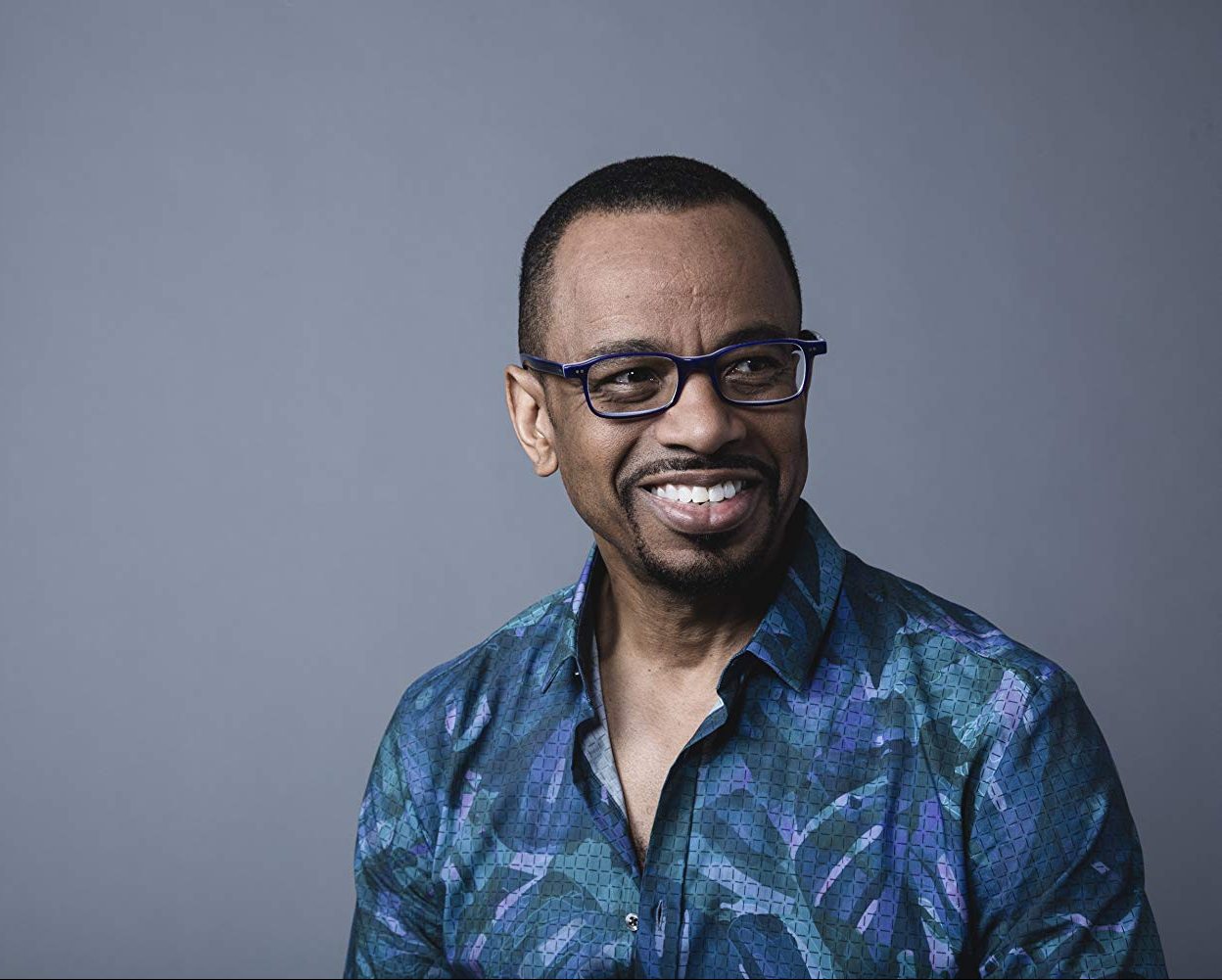 Rudy Gaskins is the Co-founder,  Chairman & CEO of Society of Voice Arts and Sciences, voice acting coach and brand strategist. He is a Backstage Magazine columnist and Emmy® Award winning TV producer with long experience as a sound and music editor for features films, and a director of documentary films for PBS.  IMDB  LinkedIn