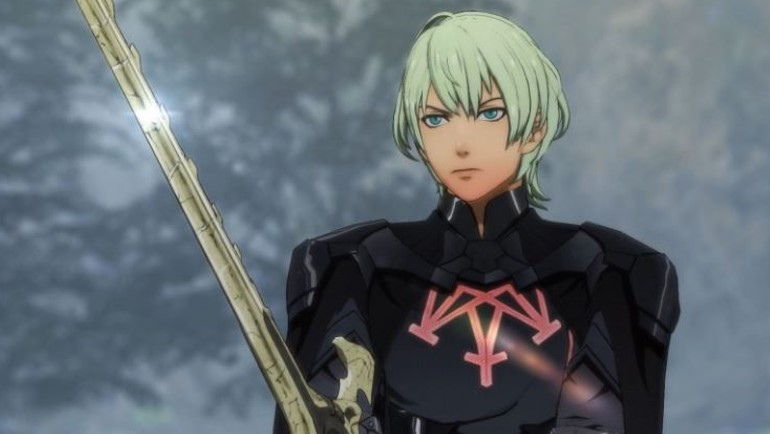 Nintendo has sent a statement to Game Informer confirming that they are indeed replacing Niosi in Three Houses with an update.

“After assessing the situation, we decided to re-record the character’s voiceovers in Fire Emblem: Three Houses and Fire Emblem Heroes with another actor. The new voiceovers will be included in a future patch.”

The original story is as follows:

Fire Emblem: Three Houses is out today and, by our account, seems to be one of the best the series has ever produced. Among other options, the western version allows players to use the original Japanese language track in addition to an English dub, which means all the characters obviously got new actors in English. Last week, Nintendo let the voice actors behind the game’s dub reveal their voice roles and, when people found out who was playing the male protagonist Byleth, it was not long until fans familiar with the actor voiced their concerns. He was even included as part of a Fire Emblem Heroes event, the mobile Fire Emblem game that brings in characters from the entire series.

Today, fans have discovered that the actor had been removed from the mobile game, possibly spurring a change in voice for Three Houses down the line.

The Three Houses actor, Chris Niosi, has been in a number of anime and video game dubs over the years, such as Octopath Traveler, Tales of Zestiria, and western cartoons like O.K. KO. Niosi has had multiple allegations of sexual harassment, abuse, and assault over the years, such as former partners accusing Niosi of claiming he had “implied permission” to do what he wanted with them. After the allegations resurfaced due to his Three Houses casting, Niosi posted a long treatise on his professional tumblr account, confirming the accusations.

Before these accusations were widely known, Nintendo had revealed that Byleth would be coming to the mobile title Fire Emblem Heroes and included a trailer of the character with a voice credited to Niosi. Soon after, the credit disappeared from the character page, and a new trailer was uploaded with re-recorded lines and a credit given to Zach Aguilar. Aguilar is probably best known for playing the cyborg Genos in the anime One Punch Man.

The very quick change in voice actors for Heroes is leading fans to think Nintendo will try to do the same for Three Houses. As the game is already out today, it appears Niosi is in the title regardless, but it would not be the first time an entire voice actor has been replaced in a video game. Though certainly not for controversy reasons, Game of Thrones actor Peter Dinklage was replaced entirely in Destiny by Nolan North, including re-recording Dinklage’s original lines. Such a thing is definitely possible, though it is merely a question of whether Nintendo feels it is worth it.

We have reached out to Nintendo for comment but did not receive response as of publishing time.